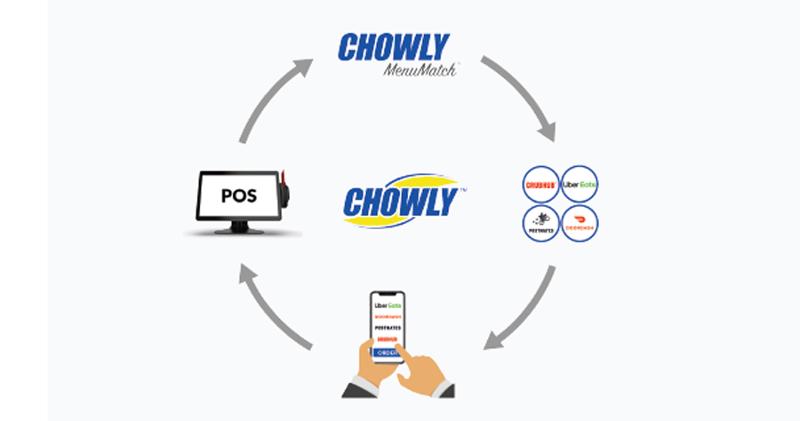 But according to some in the restaurant world, virtual concepts like Pasqually’s and others are no joke.

Sterling Douglass, CEO of POS integration company Chowly, turned some heads during the Food on Demand conference Wednesday when he estimated there are already nearly 100,000 virtual concepts on third-party apps. “This isn’t a trend, this isn’t emerging. This is already here whether people know it or not,” he said during a session on the future of restaurant design.

Many of those concepts are running out of brick-and-mortar restaurants that have spun off parts of their menus into new, digital-only brands. Douglass’ count also includes brands operating out of ghost kitchen facilities such as Kitchen United and Zuul.

“People don’t realize how many of these there are,” he said. “We’re approaching over 100,000 virtual concepts that are only available through digital storefronts. Chuck E. Cheese, for crying out loud, has Pasqually’s that people are ordering from, [who] have no idea that they’re ordering from a children’s arcade.”

Melissa Wilson, partner and off-premise expert with Technomic, said 100,000 seemed high. As one point of reference, delivery provider Deliveroo had 2,000 virtual brands on its platform in the U.K. at the end of 2019. Uber Eats accounted for 2,000 worldwide at the start of 2019, she said.

Wilson acknowledged it’s difficult to determine a precise number given that these brands exist in digital form only.

Asked about the 100,000 figure, Smokey Bones CEO James O’Reilly told RB, “It's very possible there could be, especially now, with the importance of off-premise dining in the restaurant industry."

Smokey Bones is one of a few large chains that have seen an opportunity in virtual brands and are diving in head-first. The full-service barbecue chain introduced its own concepts, The Wing Experience and The Burger Experience, to all of its 122 restaurants earlier this month.

It instantly boosts Smokey Bones’ presence on third-party marketplaces, with brand names that are search-friendly and ostensibly more likely to pop up for consumers. The chain has plans to create more virtual brands, O’Reilly said.

Chili’s parent Brinker International said Wednesday that its virtual wings concept, It’s Just Wings, is already generating annual sales at a rate of $150 million. Brinker, too, said it has additional brands in the pipeline.

Virtual brands have been around for at least a couple of years, but the pandemic has created a runway for them to truly take off.

“There’s all this extra kitchen capacity right now,” said Alex Canter, CEO of online ordering company Ordermark, during Food on Demand. “And whether you’re in a shared kitchen space facility like [Kitchen United] or whether you’re looking at your own restaurant to say, ‘What can I do to generate some incremental orders?’, this is a moment to evaluate the idea of running 5 to 10 brands out of your kitchen.”

Ordermark has its own stable of virtual concepts, with names like Firebelly Wings and Outlaw Burger. Canter said a restaurant he works with in the Indianapolis suburbs is generating $75,000 a month in incremental sales with five Ordermark brands on top of its own concept, with no additional staff.

“No question, some of the virtual brands are really getting traction,” Wilson said. But as they proliferate and consumer awareness grows, earning the trust of those diners will be increasingly important.

“Consumers tend to want to go to their favorites,” vs. something unfamiliar like a virtual concept, she said. So for restaurants branching out with virtual spinoffs, “it would behoove the core restaurant to communicate that this is another brand of their restaurant, just for that trust and known factor,” she said.

Hygiene and sanitation could be another concern for guests who want to know who’s making their food and where it’s coming from, especially during the pandemic. Virtual brands don’t necessarily lend themselves to that level of transparency.

“We do know through our research throughout the pandemic that consumers are looking for those visible health and sanitation cues throughout the restaurant,” she said. “Coming out of this pandemic, trust of the brand is so important.”