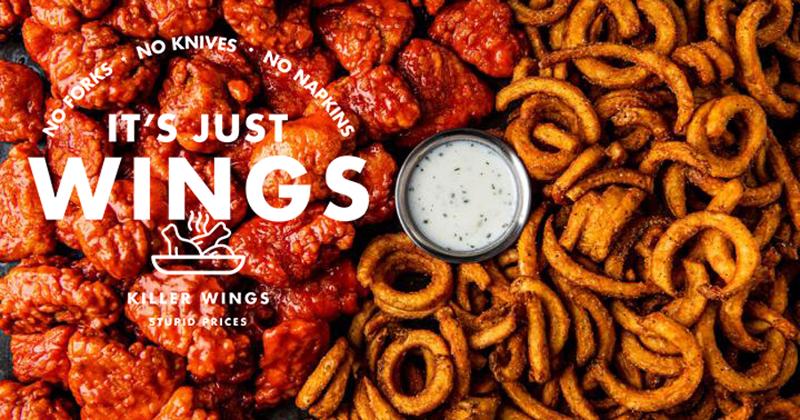 With Chili’s sales almost back to pre-pandemic levels, parent company Brinker International is actively developing a portfolio of virtual concepts, with its first venture generating sales at an annual rate exceeding $150 million and additional brands already in test, according to CEO Wyman Roberts.

In back-to-back calls with investors and journalists, he declined to say what those follow-up launches might be. But he did reveal that the first venture, It’s Just Wings, was actually the second virtual brand in the pipeline. The company had experimented with “sort of a Mexican” virtual concept that showed some whimsy in its menu and recipes, Roberts said. He declined to provide details.

“We tested a couple of ideas, and we pretty quickly decided that It’s Just Wings is the brand we should go with first,” Roberts said. Asked for the rationale behind that decision, he cited the head-turning business that a fast-casual chain has generated through the delivery of wings. His comments suggested he was referring to Wingstop, which has been generating comparable sales gains far into double digits even during the pandemic.

Wings, curly fries, fried Oreos and the other specialties of It’s Just Wings are currently being offered for delivery-only from 1,050 units of Chili’s and its sister concept, Maggiano’s. Roberts acknowledged that a brand like It’s Just Wings could be franchised to operations outside of Brinker, but stressed, “We’re not there yet.”

“We created this business overnight,” Roberts said during the call with financial analysts. The venture was the brainchild of Brinker’s Innovation Group, an in-house think tank led by marketing veteran and former Maggiano’s president Steve Provost. The group was assigned before the pandemic to consider where the restaurant industry was going and how Brinker should evolve its business accordingly.  Among the possibilities were food trucks and virtual concept, Roberts revealed.

The company has discovered that 70% of It’s Just Wings’ customers have never ordered delivery from Chili’s via Doordash, Brinker’s exclusive delivery partner. Asked if the company intends to turn those consumers into Chili’s users, Roberts said the company is not even close to pursuing that opportunity. Instead, he stressed the direct benefit of the virtual wings venture.

In the conference call with financial analysts, Roberts noted that some Chili’s units had to add refrigeration space to accommodate the launch of It’s Just Wings. But in the call with journalists, he said the launch was overall a minimal cost with a significant return. Chicken wings were already on Chili’s menu, so the know-how and cooking equipment were already there.

But the diversification wasn’t a cinch, according to Roberts. “There’s a scale involved in virtual branding,” he said. He suggested that Chili’s had the resources and expertise to spin off a brand overnight, a feat that few small operators could pull off.

Participants in the analysts' call asked him several times about the potential of management being distracted and allowing Chili's or Maggiano's to slide while new brands are being developed. "It's a legitimate question: 'Is the virtual brand going to take away from the core brand?,' Roberts said in recounting the queries during the call with journalists. "We’re very sensitive to that."

The discussion of virtual ventures followed the release of strong results for Chili’s thus far into its second fiscal quarter, which ends in late September. In July, Roberts said, same-store sales for the chain were down just 10.9%. The decline was only 3.8% for the 84% of the system that has dining rooms in at least partial operation, and 36% of those stores are surpassing their sales of a year ago, he said.