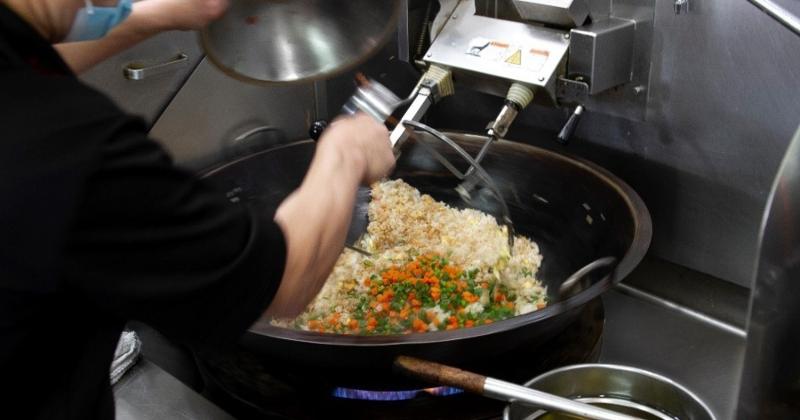 Panda Express is automating its woks.

The Asian fast casual on Wednesday unveiled a proprietary robotic wok, dubbed the Panda Auto Wok (PAW), that is designed to cook food faster and ease the burden on cooks. The chain has been developing PAW since 2015 and began installing it in restaurants last year, the company said in a press release.

PAW automates parts of the wok-handling process, including mixing ingredients and cooking large batches of starches for dishes like chow mein and fried rice. It can do this 25% faster than a manual wok and eliminates multiple steps for staff, which the chain said has improved retention.

Panda Express said automation can help restaurants run better as workers become harder to find, adding that it is looking into automating other kitchen equipment in the future.

"While technology is not the sole solution to the current labor crisis, it helps create more efficient processes for restaurant operators and employees alike," the chain said.

With 120 PAWs already in place, Panda Express suddenly becomes one of the leading adopters of robots in the restaurant industry. White Castle in February said it would add automated fry cook Flippy to 100 more stores after tests at about a dozen locations. Chipotle, Jack in the Box and Wing Zone are all testing Flippy as well. Sit-down chains like Chili's and Denny's, meanwhile, have been rolling out front-of-house robots that run food and bus tables.