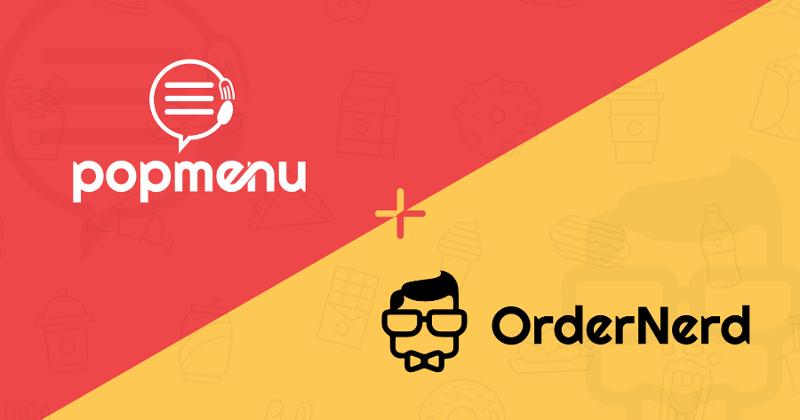 Online ordering company Popmenu is adding to its extensive toolbox for restaurants with the acquisition of OrderNerd, which helps restaurants streamline incoming third-party orders.

It’s the first acquisition for Atlanta-based Popmenu, which in June raised $65 million in a Series C funding round.

About a year ago, the company began thinking about technology it could add to its platform, which also includes website design, automated marketing and interactive menus, to offer an even more holistic product to independent restaurants. CEO and co-founder Brendan Sweeney first encountered OrderNerd while visiting a client called Reel Seafood.

“‘We’re using this thing called OrderNerd, and it’s great,’” the restaurateur told Sweeney. “And they started telling me all the capabilities of it.”

“They brought out the tablet and I was expecting ... most restaurant technology is not fantastic,” Sweeney recalled. “And so we saw it and said, ‘Whoa, that’s actually really solid UX.’”

Popmenu reached out to OrderNerd, which is also based in Atlanta, in April or May, and found that the companies shared a passion for helping local restaurants.

“We both have that kind of empathy that gets to the point of being pissed off on their behalf when they’ve been abused by technology before,” Sweeney said.

OrderNerd’s technology will be a standard feature of Popmenu, and will also be available as a stand-alone product. The companies declined to share terms of the deal.

OrderNerd was founded in 2019 by Stephen Gladney and Justin Barber, who got the idea after visiting a restaurant that had four iPads stuck to the wall. A bartender explained, with a pained look on his face, that they were for orders coming in from various third-party platforms, Gladney said.

After talking to restaurants—particularly the cashiers and cooks who would be using the system—the pair created a product designed to fix that problem, with simplicity top of mind.

“My philosophy, and this is especially true with restaurants … was to keep it simple, stupid,” Gladney said about developing the UX that so impressed Sweeney. It is meant to be “as two-touch as possible” for ease of use when things get hectic, and some elements can even be automated, Gladney said.

OrderNerd has gone on to work with both independents and large brands including Ruth’s Chris and 1000 Degrees Pizza. Popmenu works with more than 6,000 mom-and-pops and hospitality groups.

The immediate impact of the two companies joining forces will be less work for restaurants, Sweeney said: “It’s like five to 10 steps get removed.” Longer-term, it will allow operators to get a better picture of their guests, even those who order through a third party like DoorDash.

“It’s just a more holistic picture of the off-premise ordering activity, regardless of channel,” he said. “That’s when the business really starts to take off.”