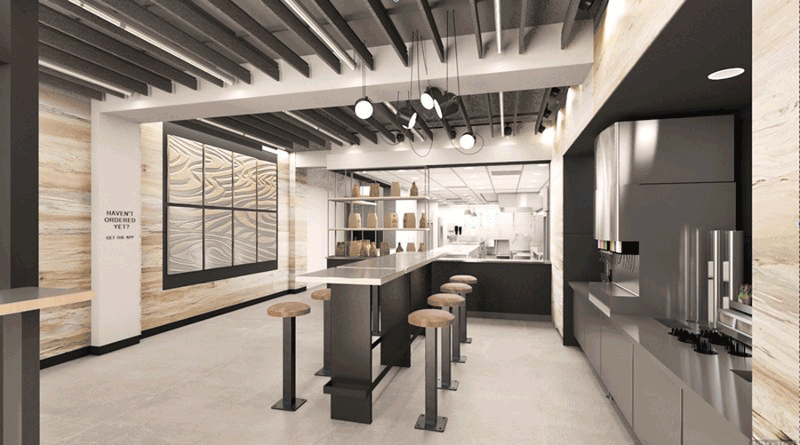 It was not that long ago, really, that most restaurants weren’t doing enough delivery and carryout business to need any sort of special set-up for off-premise orders.

But a trend that was accelerating pre-pandemic picked up pace like a snowball in an avalanche once diners were largely sequestered at home.

With dining rooms closed around the country, digital orders at many chains quickly overtook those placed on-site. That meant a quick shift in operations for restaurants that hadn’t done so already--if they wanted to compete in this new environment.

One of the trendsetters in this space is Chipotle Mexican Grill, which began installing second makelines in select locations several years ago after noticing growing off-premise business.

Today, those digital makelines are now averaging $1 million in sales per unit annually, if not more, the chain said over the summer.

Digital sales have been so impactful for Chipotle that it opened its first Digital Kitchen in November with a footprint about half that of a traditional restaurant.

“The focus is to really leverage the strength of our digital business,” Chipotle Global Chief Development Officer Tabassum Zalotrawala said. “It’s a growing business. We’ve got a lot of work to do.”

The Highland Falls, N.Y., Digital Kitchen features two entrances, one for customers picking up orders and another for delivery drivers. There’s no customer-facing makeline, as there would be in a traditional Chipotle.

But, Zalotrawala said the Digital Kitchen prototype differs from a ghost kitchen because it is open to customers.

“There’s a huge, transparent view into our kitchen,” she said. “There’s the same sense of small that you’re used to in a regular Chipotle.”

Fast-casual seafood chain Captain D’s, for example, announced a small-footprint design last month. The chain is seeing 70% of its business come from off-premise sales, including drive-thru and takeout.

Taco Bell is launching a Go Mobile design, with a focus on digital business. The location, half the size of a standard restaurant, will have smart kitchen technology integrated into the chain’s mobile app that detects when customers arrive at the restaurant.

And Burger King is plotting a kitchen suspended above the restaurant’s drive-thru lanes, to take up less space. Orders are delivered from the kitchen via conveyor belt, with each drive-thru having its own pickup spot.