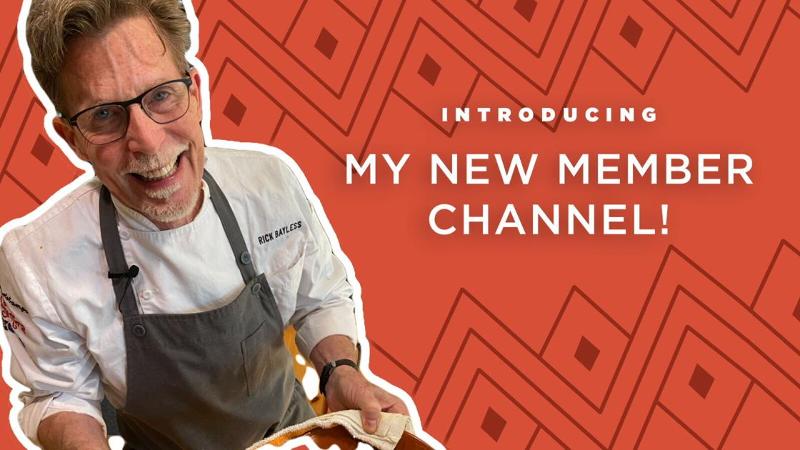 Chef and restaurateur Rick Bayless, with many of his restaurants shuttered amid the pandemic, has launched a subscription YouTube channel of cooking videos and more.

Bayless’ goal with the project is to keep some of his workers employed.

“We have to try to figure out all the revenue streams that we can,” he told Restaurant Business. “We have two people on staff that worked on media. We spun them off from the regular payroll for the restaurants because we weren’t able to afford them any longer. But we didn’t want to lose them.”

So, he launched a subscription YouTube model with two pricing tiers: For $4.99 a month, subscribers get two videos each week from Bayless—a shorter one and a more in-depth one. For $9.99 a month, viewers receive those two videos plus a live monthly cook-along session with the celebrity chef that includes a shopping list of necessary ingredients and tools.

Subscribers will also get “little add-ons,” he said, like tours of his home kitchen in Chicago and knife-sharpening how-tos.

Bayless debuted his new member channel about a week ago and has 300 paid signups so far.

“That’s pretty amazing to me,” he said. “And we’ve hardly done any publicizing.”

Bayless said 1,000 memberships would make the project self-sustaining and allow him to retain several employees.

“I’m really, really devoted to my staff,” Bayless said, noting that his restaurants are at about 50% of their pre-pandemic staffing levels. “The day I had to lay off 100 and some people, I thought I was going to die. People who had devoted three decades of their lives and I didn’t have anything I could do about it.”

Bayless, known for his Frontera Grill and Topolobampo restaurants in Chicago, as well as a long-running PBS cooking series and appearances on “Top Chef” and other shows, started making videos for this project a couple of months ago. He wanted to have quite a few in the bank before launching it for subscribers.

He devotes one day a week to filming and was able to set up everything to record, including microphones and lights, for about $500, he said. The actual filming is done via iPhone.

“When we do a public television show, we have a lighting guy and a sound guy, a couple of cameramen,” he said. “People work on the set with me, a couple of people in the kitchen prepping for the next scene. Used to be, you needed all of the tech stuff because you couldn’t do it yourself.”

“One of the cooks is working with me,” he said. “We’re trying to find as many hours for our cooks because everything has gone backwards now and we just can’t lose anymore staff. All of these incredibly talented people in the restaurant business have drifted away and gotten jobs in other fields … I’m just really grateful for the technology that’s allowing us to do this.”