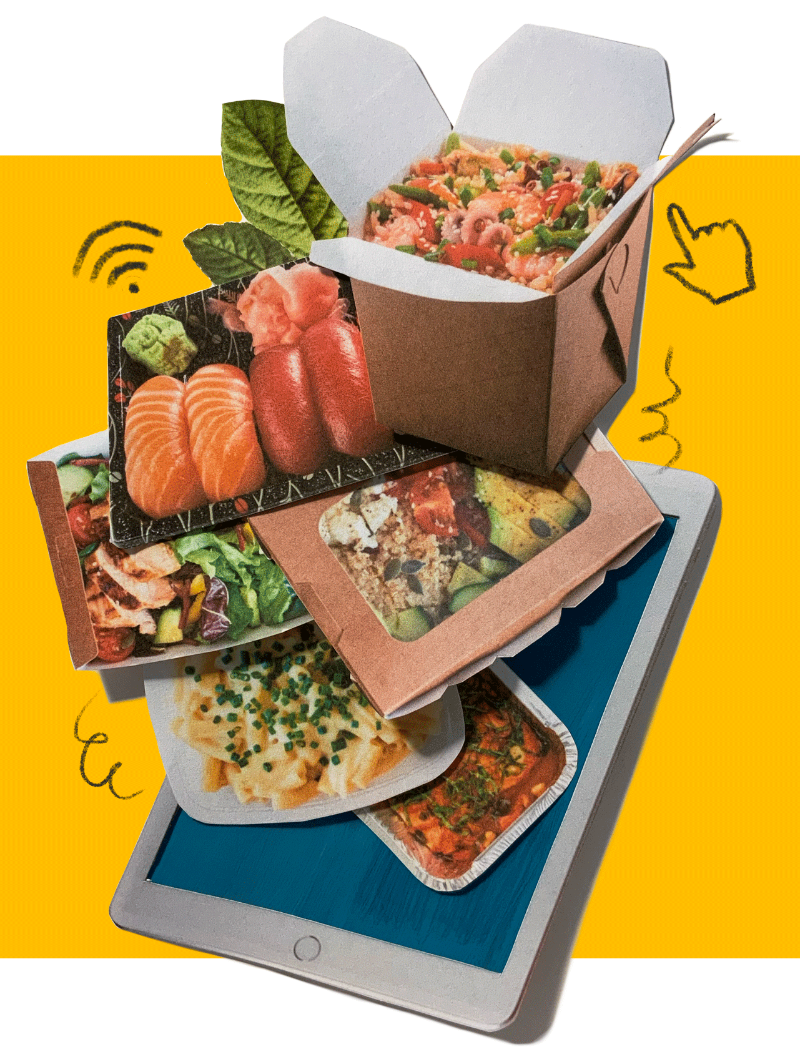 This is part 2 of 5 in a series about restaurant technology during the coronavirus pandemic.

Chris Johnston has run the popular Chicago bar-restaurant Cheesie’s Pub & Grub for the past nine years.

Pre-pandemic, bar-hoppers and families alike filled the concept’s two locations for drinks, as well as inventive and comforting takes on the classic grilled cheese sandwich.

COVID-19 dealt Cheesie’s dine-in traffic a massive blow. But it also offered Johnston the eureka moment of realizing he wasn’t bound to his restaurants’ four walls, or to its concept.

“I can create menu after menu and I don’t have to worry about building a brick and mortar, but I can test the market with new concepts,” he said.

“Our thought process is, we need to go ahead and adapt to what’s going on,” Johnston said. “If we don’t adapt, we’re going to die, especially with winter coming up and flu season. We can fully expect, potentially, the city shutting down again or people not wanting to go out.”

Even before the coronavirus, restaurant operators were taking virtual kitchens one step further by opening new concepts that had never existed as actual restaurants.

But the pandemic, which forced diners indoors and created an explosion in takeout and delivery, accelerated that phenomenon. The kitchens are opening in either existing restaurants or in ghost kitchens, and one estimate from Sterling Douglass, the CEO of point-of-sale system company Chowly, suggests there may be 100,000 such brands out there already.

Pasadena, Calif.-based gourmet hot dog concept Dog Haus, for example, had planned to launch some delivery-only brands this summer. But those plans got sped up because of the pandemic.

In March, Dog Haus rolled out chicken concept Bad Mutha Clucka, plant-based brand Plant B, morning-focused Bad-Ass Breakfast Burritos, and better burger brand Freiburger. All of the new restaurants exist only in delivery-only form. And their menus can be created with minimal additions to Dog Haus’ original SKUs.

The concepts themselves were created by examining the most popular searches on third-party delivery apps, Dog Haus’ co-founder Andre Verner said.

Are consumers ready? Do they care?

Pasqually’s menu differs from that of the kid-friendly concept, with a more robust sauce and combination of cheeses on its pizzas. Some customers complained on social media that they felt duped because the delivery-only restaurant was not clearly tied to Chuck E. Cheese in its marketing and on delivery apps.

“We were not trying to pull a fast one,” Sherri Landy, CMO of Chuck E. Cheese parent CEC Entertainment, said in July.

Despite those concerns, Pasqually’s provided a boost for the company while their restaurants were shuttered. Landy said Pasqually’s accounted for about 10% of all CEC Entertainment sales, and that number has continued to grow.

But operators continue to wrestle with whether to connect their “fake” concepts to their brick-and-mortar ones.

Los Angeles fried chicken concept Honey’s Kettle has been in business for two decades. It recently opened two delivery-only units, called Honey Drop Kitchen, with a menu that differs slightly from the original.

“That’s still not quite figured out yet,” Williams said. “The idea was that it’s a sort of a clever offshoot of Honey’s Kettle. What we’re trying to do is get it branded in a way that people know it’s still Honey’s Kettle chicken, but in a mini form of the full brand. We’ve been debating whether we should stay with the name.”

For their part, consumers don’t seem to care much about whether a restaurant exists for on-premise service.

Sixty-three percent of consumers overall, and 73% of those 18 to 34, said they were likely to order food or drink from a restaurant that had no physical location, according to Technomic’s 2020 Delivery and Takeout Consumer Trend Report. Just 7% of diners 18 to 34 said they were “not at all likely” to do so.

Despite the ease and relatively low cost for operators in creating virtual concepts, there are some potential trouble spots.

Marketing, for one, can be a challenge when a restaurant has no physical location.

Williams is working on creating promotions with third-party delivery providers to build awareness around his virtual concept. He’s also building a new website to promote the brand.

“It hasn’t caught fire yet,” he said. “We’re still working on marketing and finding ways to get the word around. I think we’re on the right track, but our marketing is a little slow to catch up. In terms of promoting it, it’s easier to do if you have a physical facility they can go to.”

Operators also need to be mindful of not adding complexity to already taxed kitchens with these new concepts.

Barbecue restaurant Smokey Bones has added virtual wing and burger brands, The Wing Experience and The Burger Experience, at all of its 61 stores.

“We’re starting with menu items that we already have a strong ability to execute in our kitchens,” CEO James O’Reilly said. “We always look to proactively manage the complexity in the operation and look to eliminate complexity where we can. As we’re adding to the virtual concepts, we are also pruning our menu along the way. We’re constantly evaluating the Smokey Bones menu for low-moving items.”

At Cheesie’s, Johnston admits the company is still figuring out which delivery-only concepts will resonate with consumers and how they’ll mesh together operationally. He also knows that, given dine-in restrictions and loss of alcohol sales, he doesn’t have many other choices.

“If we don’t do it, who knows where we’ll be,” he said. “Everybody has to do what they’ve got to do to survive right now. We’re going to do everything we can. It’s crazy to think about expanding during this time.”