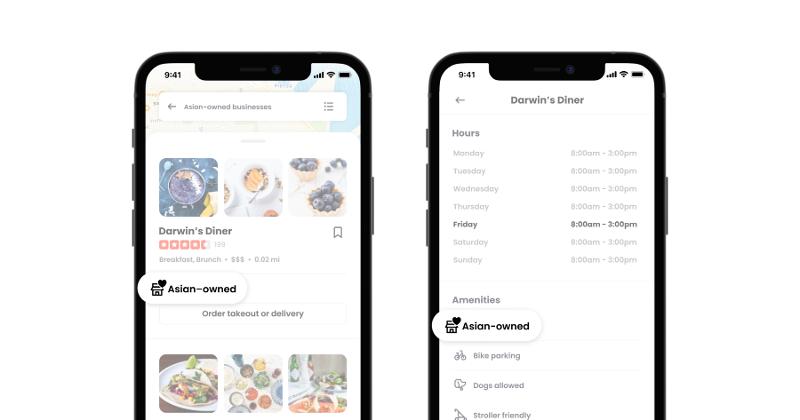 Business review site Yelp is making it easier for consumers to identify Asian-owned restaurants amid a spike in attacks against people of Asian descent.

The company partnered with Gold House, a nonprofit organization that supports Asians and Pacific Islanders, to allow Asian-owned restaurants and other businesses to label themselves as such on their Yelp listing.

Searches for Asian-owned businesses were up by 130% year over year in February, Yelp found.

Restaurants can opt in to the searchable attribute through their Yelp for Business account. Yelp has similar tags for Black-owned, Latinx-owned and women-owned businesses.

For the months of March, April and May, the Yelp Foundation is also double matching employee donations to a group of organizations serving Asian Americans and Pacific Islanders.

"As part of our continued commitment to stand in solidarity with communities of color, we at Yelp condemn this senseless violence and are committed to support the Asian American and Pacific Islander community, inside and outside our organization," said Yelp CEO and co-founder Jeremy Stoppelman, referring to the wave of attacks against Asian people in the U.S. over the past year.

There have been more than 100 such incidents since last March, the New York Times reported. In nearly half of the cases, the assailant made reference to the coronavirus, which was first reported in Wuhan, China.

Minority-owned businesses tended to be hit harder by the pandemic and have also attracted a lot of support over the past year amid a nationwide focus on racial inequality. Searches increased for businesses owned by women (+264%), Black (+3,085%) and Latinx people (+4,077%), Yelp said.

They have also been among the most resilient, with 29% of businesses owned by women, Black and Latinx people reopening two times or more during the pandemic, which is more than other groups, Yelp found.