Continue to Site >>>
Edit
Soon to be a franchised brand, 7Pie is set for rapid growth. /Photos by Dylan McEwan.

The owner of Shoney’s is launching a new brand: Drive-thru pizza.

Two units are open and there are expected to be four by the end of September. Davoudpour plans to open about 30 in the region, as well as launching franchising.

“It’s real cheese, not imitation cheese, which at that price is incredible,” he said.

“We thought we’d introduce great hot fudge cake to a generation of newcomers to our brand,” said Davoudpour. 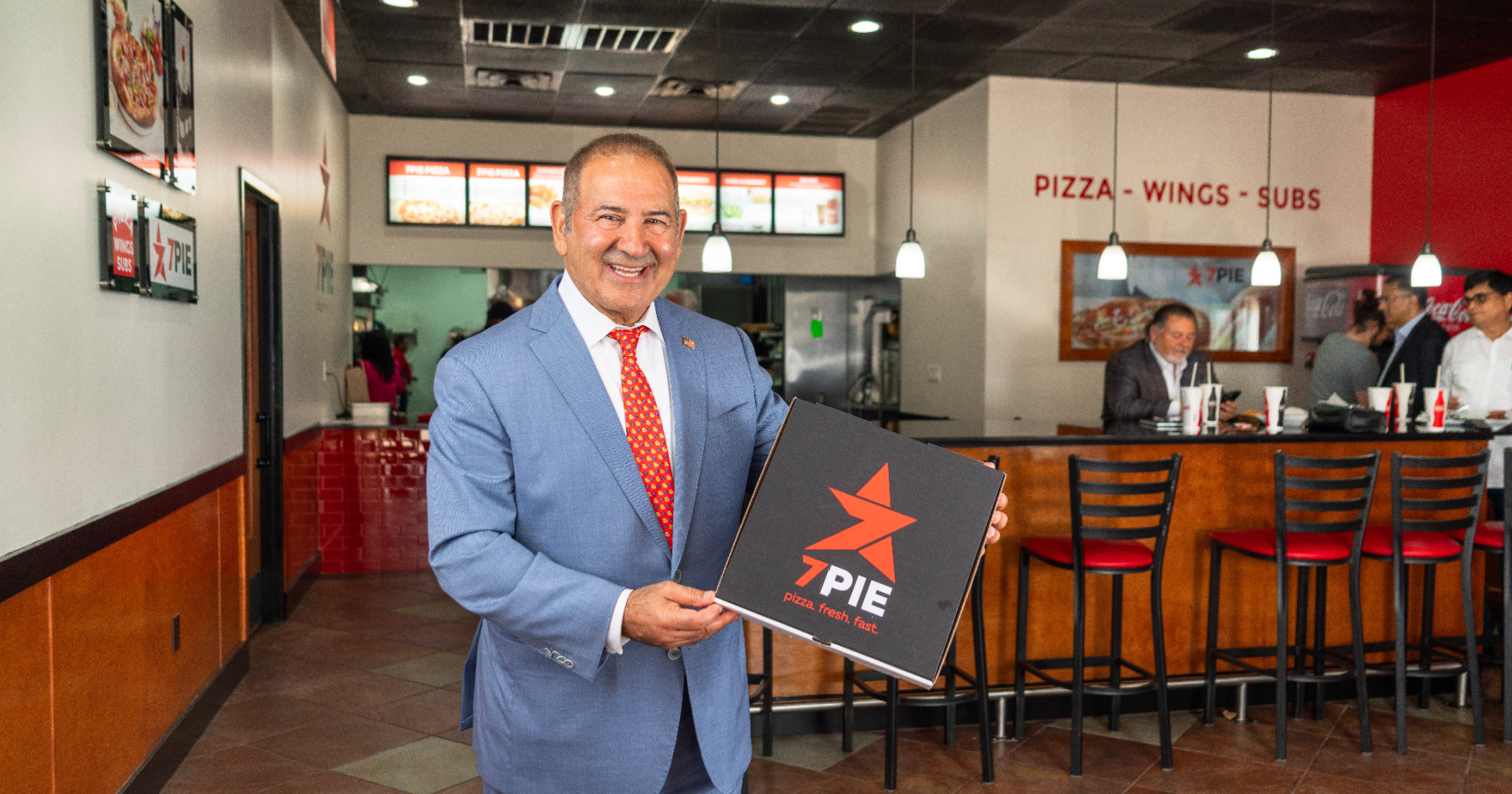 David Davoudpour bought the Shoney's chain in 2007. 7Pie will be operated separately under 7Pie Management. /Photo courtesy of Dylan McEwan.

The goal for 7Pie is to tap into America’s consistent love for pizza and the current demand for convenience and value, he said.

“Pizza in America is the undisputed favorite family food,” said Davoudpour. “It seems to be averaging about 2 billion-plus searches every month.”

7Pie’s ovens cook the pizzas in about two minutes at 750 degrees. Guests can order and eat in the restaurants, but the units also have a contactless drive-thru window, in addition to walk-up, phone and online ordering. Delivery is also available through third-party apps.

The units will range in size from 1,200 to 2,500 square feet, though Davoudpour said 1,500 square feet is ideal. An all-drive-thru format without dine-in will also be available and the brand is targeting drive-thru locations that could be converted to a 7Pie.

Drive-thru is becoming a more common feature for pizza concepts.

Davoudpour notes that 7Pie has a much more labor efficient model than Shoney’s.

A 7Pie can be operated with as few as four people, he said, while Shoney’s units require 60 to 70.

And that’s been a problem for Nashville, Tenn.-based Shoney’s, which has roughly 100 company-owned and franchised locations across the country, though some remain temporarily closed since the pandemic because of staffing challenges.

Davoudpour bought the family dining Shoney’s concept in 2007 with the goal of reviving the mostly franchised brand, which celebrated its 75th anniversary this year.

Since the acquisition, Davoudpour has been working to upgrade Shoney’s menu and ingredients, as well as bringing in newer restaurant technologies like digital ordering and payment. The family dining chain operates in 17 states.

“I’m doing my best to keep it relevant, with high-quality ingredients and great service,” he said. “It’s a magnificent brand and I’m going to do everything in my power for it to continue to exist.”