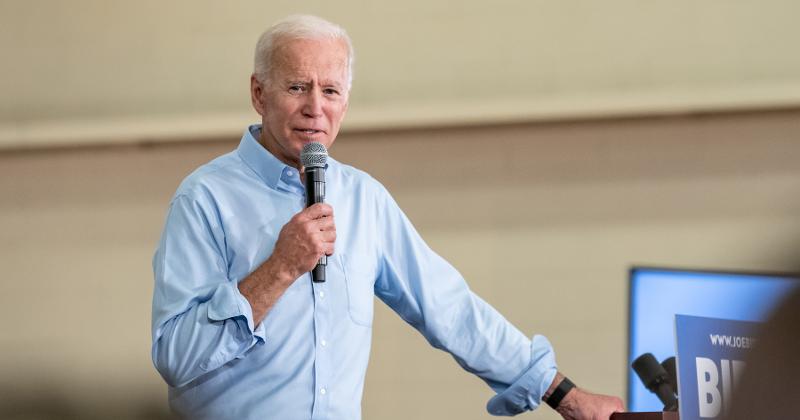 Full-service restaurants in the 43 states that allow tips to count toward servers’ mandated wages would lose that concession if Joe Biden is elected president, according to a policy preview released today by the Democratic Party’s presumed candidate for the job.

The detailed document sets out Biden’s stances on a number of economic issues pertinent to the industry, from unionization (he vows to foster it) to reform of federal bankruptcy laws (Biden says a complete overhaul is needed). Included is a pledge to push through a raise of the federal minimum wage to $15 an hour from the current level of $7.25, and to discontinue the so-called tip credit. Under that break for waitstaff employers, restaurants can pay a server just $2.13 an hour if the waiter or waitress collects the other $5.12 of the federal minimum wage in tips. The credit is lower in some states, and seven have outlawed it altogether, meaning employers directly pay the full minimum wage.

Biden said he would not only seek a $15 minimum wage, but also index it to the cost of living, so it would rise or fall according to how workers’ major expenses change.

A number of other pledged actions could also affect restaurants. Specifically, Biden said he would:

The Biden Plan is the comprehensive policy statement that the former vice president will use as a touchstone in his campaigning. It is not the Democrats’ official campaign platform, which is typically drafted during a political party’s convention.

Biden is expected to face President Trump as the Republican candidate.