Meet Rita DeSanno. For 25 years she’s served in the Marines, feeding troops for three wars. Now the master sergeant is leaving the Corps and wondering where she’ll find a foodservice job in a private sector where roughly one out of 10 people is out of work. We decided to help Rita by calling attention to her and the 200,000 other veterans who’ll leave the service this year. Next year, with the step-down in Afghanistan, the number jumps to 300,000. 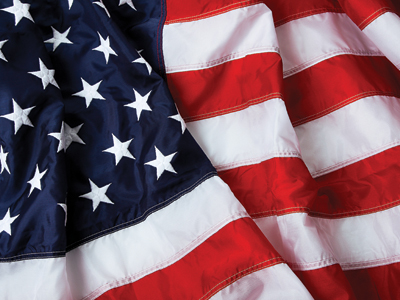 But we may really be doing a favor for you. Chains have learned that veterans, with their military grounding in discipline, leadership and a resourcefulness forged by live-or-die situations, harbor an unusually sharp aptitude for running restaurants.

“They have skills and training that most people [you] are looking to hire cannot even imagine,” Jim Amos, CEO of the Tasti D-Lite frozen-treats chain, told a roomful of peers this spring. “They have a discipline and character that are part of who they are, and what is needed at any company.”

That’s particularly true when the restaurant is their own, as Amos and other franchisors are discovering when they dip into that pool for new franchisees.

The skills just need to be adapted to a business setting. The International Franchise Association, for instance, provided an internship in its Washington headquarters to a young Marine as an education opportunity for both parties.

“For Ray, the young Marine, just wearing a suit was different,” Beth Solomon, the IFA’s vice president of strategic initiatives and industry relations, recounted at the event where Amos spoke. “Calling people by their first name was different. I think he was surprised by how meetings happened—people were disagreeing with each other.”

And the learning definitely goes the other way. In an industry where 100 percent turnover is cause for chest thumping, service personnel bring an unfamiliar loyalty and devotion.

“They’re the only people who can say on their resume that they were willing to take a bullet for their previous employer,” Mary Kennedy-Thompson, president of the Mr. Rooter franchise chain, quipped at the event, a National Restaurant Association education session. “They really, really understand what it means to handle responsibility.”

It should be a no-brainer, for restaurant employers and vets alike. But as Solomon notes, there are two factors that keep the parties apart.

One is an understanding gap. Employers shrug and say, what experience do these former troops have baking donuts, managing 16-year-olds or marketing an LTO?

At the NRA education session, a vet in the audience took it upon himself to slay that elephant in the room. He had served as an airplane mechanic on a carrier. Now he’s selling coffee. What do grinding beans and fixing jets have in common?

Ditto for working as a team, always being on call, striving for zero mistakes and functioning under extreme time pressures.

Vets sometimes unknowingly perpetuate the understanding gap because of their military immersion. “How many people have ever seen a military resume?” the IFA’s Solomon asked. “It has these letters and numbers on it, a lot of acronyms and a lot of words that most people don’t even know the meaning of.” (DeSanno’s resume, for instance, mentions that she was an “MSgt/E8.”)

“There’s no question these are highly trainable, highly trained people with diverse experience who can do just about anything,” said Solomon. “It’s just that we as a society need to help with the transition.”

Much harder is overcoming the second roadblock for vets. Being in the service, they’ve not built up the financial wherewithal that lenders demand or franchisors want to see before they’ll talk about a franchise.

The IFA has run a program for 30 years called VetFran, which strives to turn vets into franchisees by highlighting the business benefits. Because of the extraordinary number of servicemen and women returning from overseas, and the greater challenges of the economic environment, the association has stepped up its efforts via a complementary initiative called Operation Enduring Opportunity. It has the broader aim of helping military personnel find jobs in the franchise sector.

Last year, the number of vet-run franchises jumped by 4,000 businesses, or 35 percent, hitting an IFA record of 11,469 outlets.

It’s not altruism, attests Bill Spae, chief development officer of CiCi’s Pizza. The chain tries to draw vets by agreeing to waive the franchise fee on their first store and halving their first-year royalties to 2 percent. Existing franchisees are taught they can earn tax credits of up to $9,600 by hiring service personnel.

The commitment can cost CiCi’s about $58,000 per vet-run store. Yet, because of the payback, the franchisor is beefing up a $5-million lending fund for those who’ve served.

DeSanno, who also attended the NRA seminar, is looking to manage rather than own a restaurant, like a sister unit to the fast-casual outpost near her New Bern, North Carolina, base.

“I filled out an application for a manager’s job, but I never heard back,” says the 46-year-old, who oversees a 2,000-meal-a-day operation. “I don’t know why. In some respects we’re better qualified than someone on the outside because of our discipline and attention to detail.”

Bet on a vet

These websites are devoted to helping military veterans and chains connect for jobs or franchise opportunities.

VetFran.com: The site for the International Franchise Association’s program for connecting vets and franchisors. Both parties will find resources for reaching the other.

MilitaryFranchising.com: A list of “military friendly” franchise businesses, plus a Franchise Matchmaker function that lets vets zero in on franchise opportunities in their area.

H2H.jobs: The name is an abbreviation for the site’s goal, Hero to Hired, or landing vets in positions across all fields. It’s in essence a free jobs-posting board.

RecruitMilitary.com: A comprehensive job-listing site where some 532,250 vets have registered for the opportunity to scan employers’ postings. Almost 1,000 jobs were added to the opportunities just on the day we visited.