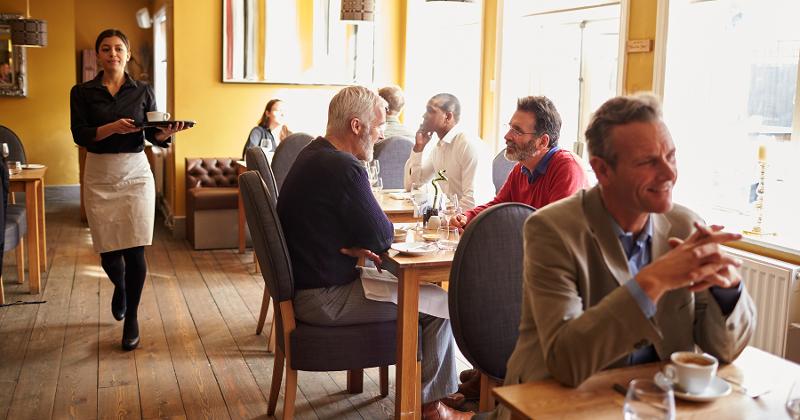 Despite a marked tightening of the labor pool, restaurants and bars added 61,300 jobs in March, or roughly 1 out of every 7 positions created across all industries in the U.S., according to the latest report from the U.S. Bureau of Labor Statistics (BLS).

No other field came close to creating as many jobs. Eating and drinking places hired more than double the figure for the nearest employer, hotels, which added 25,000 jobs.

The rise in industry hiring raised total employment within eating and drinking places to 11.54 million workers. Still, the tally of restaurant and bar jobs added in March was only about two-thirds of the figure for February. Foodservice and lodging employment remains about 1.4 million jobs down from where it was before the pandemic began, according to earlier numbers released by BLS.

The agency’s March jobs report suggested that restaurants, bars and any other labor-intensive business will likely have a tougher time at recruitment going forward. The national unemployment rate dropped to 3.6%, a whopping drop by statistical standards from the 3.8% that was clocked in February.