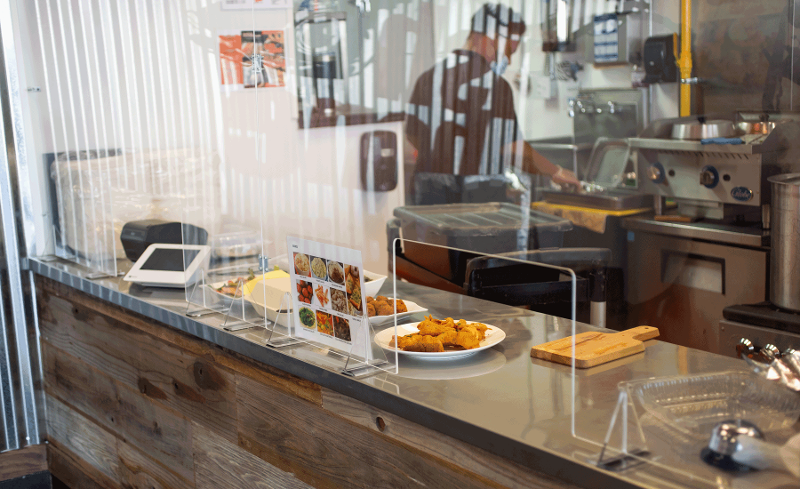 Restaurant workers stung by the discontinuation of in-person dining within Los Angeles can apply starting Monday for a one-time aid payment of $800 under a new program announced yesterday by Mayor Eric Garcetti, the latest example of local and state governments attempting to compensate for the lack of new federal assistance.

The program—Secure Emergency Relief for Vulnerable Employees, or SERVE—is limited to foodservice workers who made less than $58,450 last year and have seen their income drop by at least 50% in 2020 because of the pandemic. They must also be at least 18 years of age and reside in the city of Los Angeles. Immigration status does not figure into their eligibility.

The payments will be issued to 4,000 employees selected in a two-step process. Applicants who are deemed to qualify will be put on a list for the $800 stipend and notified of their eligibility. If they do not respond within 10 days to claim their payment, screeners will move on to the next qualified candidate.

SERVE is one of the initiatives undertaken at the behest of Garcetti to help Los Angeles restaurants weather the restrictions that have recently been put in place to counter a steep spike in new COVID-19 cases. Those measures have included a suspension of both indoor and outdoor restaurant dining, as well as a directive from Garcetti for all consumers to stay at home.

Other aid components include LA Optimized, a city-led effort to help restaurants and other small businesses conduct more of their business online, and Open for Business, a complimentary program that provides restaurants with free digital tools to add digital ordering.

Separately, restaurants and other small businesses can apply for grants from the L.A. Regional COVID Fund.

SERVE is officially a joint endeavor of the mayor’s office and the Mayor’s Fund for Los Angeles—the former apparently administering the program, and the latter providing the money.

“Our restaurant industry is part of the heart, soul, and backbone of our local communities, as well as a key employer in our city and across the state,” Garcetti’s office said in describing the venture. “There are more restaurant and foodservice jobs in California than anywhere else in the country.”

Many states, counties and municipalities are striving to help local restaurants survive the pandemic through targeted aid programs. Wisconsin Gov. Tony Evers, for instance, announced this morning that his state has earmarked another $45 million to a program called We’re All in For Restaurants, raising the initiative’s total kitty to $220 million. The funds are allocated to restaurants that normally generate $1 million to $7 million in annual sales.

In a twist intended to ease the process of getting aid to eating places, the state Department of Revenue will automatically award the grants; places needn’t file an application. The Department will use state tax records to determine eligibility and send the money based on those indicators.

A number of states have similarly set up aid programs where restaurants are the predominant beneficiaries. However, those initiatives typically draw from a pool of tens or hundreds of millions of dollars, compared to the multi-trillion-dollar relief packages that were adopted by the federal government earlier in the pandemic.

Congressional deadlock has thwarted efforts to craft new nationwide aid efforts, but hopes were buoyed by a proposal put forth on Monday by a group of bipartisan senators and representatives to channel about $228 billion in aid to small businesses.

President-elect Joe Biden has set a new comprehensive aid package as the top priority of his administration. He and his transition team have indicated that they will work behind the scenes in hopes of goading Congress into passing a less-sweeping relief measure before Biden becomes president.