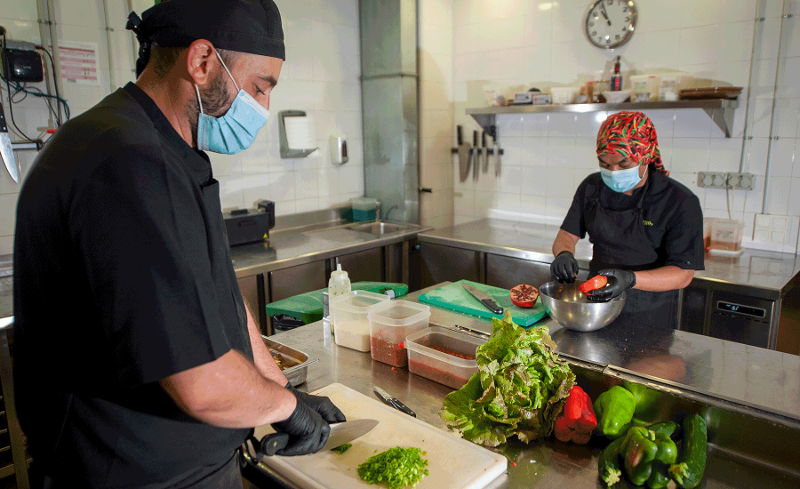 Restaurant cooks face the highest increased risk of dying during the pandemic of any workers in California.

That’s according to a new study from the Department of Epidemiology and Biostatistics at the University of California-San Francisco. Researchers looked at the occupations on death certificates in California between March and October to track “excess mortality” across different job sectors for those 18- to 65 years old. The researchers also broke down the deaths by race and ethnicity.

Overall, the researchers found, working adults saw a 22% increase in mortality during the pandemic as compared to other time periods.

But workers in the food and agriculture sectors experienced a 39% increase in deaths, more than any other category, according to the study.

There were 828 deaths among those whose occupation was listed as “cook” on their death certificate during the study period, a mortality risk ratio of 1.60.

Other restaurant workers with higher-than-average mortality during the pandemic were chefs and head cooks (1.35 risk ratio) and bartenders (1.28 risk ratio).

Of note: Though the deaths studied happened during the pandemic, the cause of death was not necessarily COVID.

The researchers also found a large disparity in deaths for Black and Latino workers.

Latino Californians overall saw a 36% increase in mortality during the study period, with a 59% increase among Latino food and agricultural workers. Black workers experienced a 28% increase in deaths.

“Though non-occupational risk factors may be relevant, it is clear that eliminating COVID-19 will require addressing occupational risks,” the study’s authors wrote. “In-person essential workers are unique in that they are not protected by shelter-in-place policies. Indeed, our study shows that excess mortality rose sharply in the food/agriculture sector during the state’s first shelter-in-place period.”