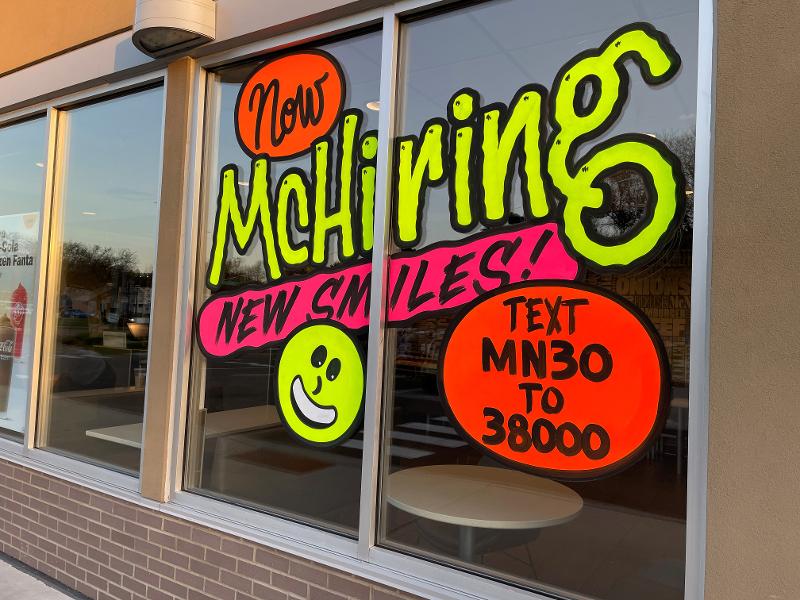 In news that will surprise almost nobody who operates a restaurant, the federal government on Tuesday said that there were a record number of job openings in April, with some 9.3 million unfilled jobs.

The industries with the biggest problem are in the leisure and hospitality sectors, including restaurants and hotels, where one out of every 10 jobs is currently unfilled, according to data from the U.S. Dept. of Labor.

Overall, 1.6 million jobs were open in the leisure and hospitality industries, up from 1.2 million job openings in March.

The rate of openings in the accommodation and food service sectors—hotels and restaurants—was 9.9%, up from 7.7% in March.

While total job openings soared to 9.3 million in April from 8.3 million in March, the number of actual hires was relatively stable at 6.1 million. The gap in openings and filled jobs has put pressure on a variety of industries that can’t find enough people to meet demand.

That problem has been especially acute for a restaurant industry that has seen sales soar in recent months only to find many operators unable to staff enough to remain open.

Cracker Barrel CEO Sandra Cochran told investors last month that 10% of her chain’s restaurants are “critical” in terms of “staffing relative to demand,” according to a transcript of the conversation on the financial services site Sentieo. Another 25 locations are concerning. The company is hopeful that an end of excess unemployment benefits will lead to more applicants.

“What we will still be facing is a lot of competition in the industry,” Cochran said. “Everybody’s hiring at once in the restaurant industry as America opens up. But we’ve also got new competitors for a lot of similar skill sets, companies like Amazon.”

Chris Kempczinski, CEO at McDonald’s, told investors last week that there are a variety of factors behind the lack of workers, including stimulus payments and the fact that many people aren’t ready to go back to work. Plus, he said, “everybody is in a hiring mode right now. So everybody is trying to reopen and everybody is out there staffing.”

He noted that his own chain has opted to increase pay, boosting wages for existing workers by 10% and taking the starting wage to as high as $17 an hour and $20 an hour for managers. “You need to be able to pay higher wages to get the people you need,” Kempczinski said.