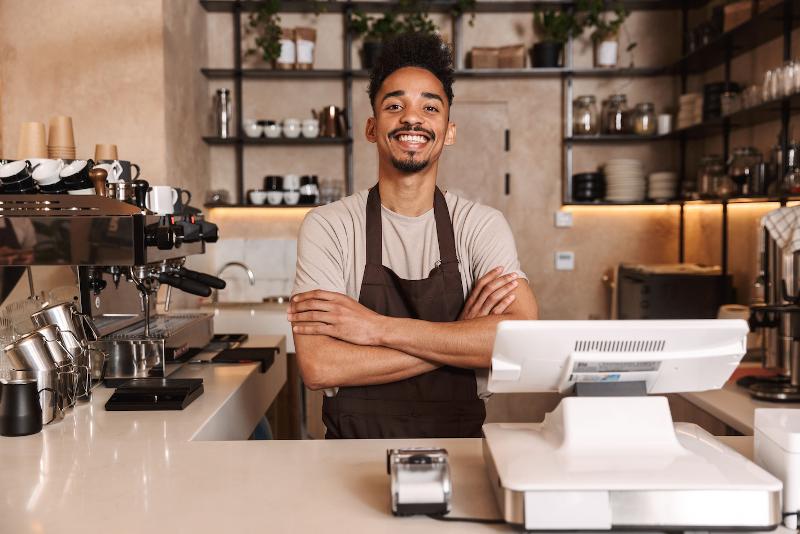 Independent operators and small chains say the Fast Act will force them to raise wages too. /Photograph courtesy of Shutterstock.

But will smaller chains and those outside the fast-food sector be spared?

No, contends attorney Anthony Zaller, partner in the Los Angeles-based firm Zaller Law—at least not when it comes to wage rates.

“Once it increases the minimum wage for these larger chains — as the bill has passed, it’s 100 or more units across the country — it’s going to obviously make the competition for those workers a lot tougher for the smaller chains and mom-and-pop stores,” Zaller said. “I think it’ll set a new bar of $22 per hour in the fast-food industry. And I can see it trickling outside the fast-food industry as well.”

If a McDonald’s worker is making $22 per hour, a minimum-wage worker at a fine-dining or any other restaurant would likely say, “I could be making more,” he said.

When it passed the state Assembly earlier this year, AB 257 was designed to target restaurant chains with 30 or more units nationally. The Senate version of the bill upped the unit count considerably to 100+, focusing in on the largest fast-food chains.

For many smaller and independent operators, that concession offered some relief.

The legislation would give fast-food workers a significant role in determining the minimum wage for large chains operating in California, allowing for an increase up to $22 per hour next year, and then increased annually by 3.5% or in line with the Consumer Price Index, whichever is lower.

The bill has passed the House and Senate and has been sent to the governor’s desk for signature. Gov. Gavin Newsom has not signaled his intentions, but he has until Sept. 30 to sign the bill into law.

Jot Condie, president and CEO of the California Restaurant Association, called AB 257 a “disastrous” piece of legislation because of its far-reaching impact.

“Its proponents may claim that they’re only targeting large, national chains when in reality, a $22 minimum wage would also put pressure on full-service restaurants to raise wages to a level that will simply put many operators out of business,” said Condie.

The Golden Gate Restaurant Association, representing the industry in San Francisco, had no comment, however, if only because the city has zoning restrictions that have limited the number of big restaurant chains there. Mom and pops are less likely to have that high-paying McDonald’s down the street.

But in Southern California, smaller chain and independent operators are worried.

“If these fast-food restaurants continue to raise wages, we will be forced to do the same,” said Andy Nguyen, co-founder of the NFT-inspired single-unit concept Bored & Hungry in Long Beach, Calif., which opened earlier this year. “With the lack of staff these days, it’ll make it much more difficult for the smaller operators to compete. We will also have to increase our prices on the menus, as well.”

Mike Colonna, president and CEO of Norms Restaurants, which operates 22 diners across Southern California, said the “trickle-down” effect on both quick and full-service restaurants is a major concern.

“This appears to be an attempt to address non-tipped employees, which would force increased wage/rates on an industry that has been greatly reduced by inflation, where margins are already razor thin, and passing on price increases to the guest is being maxed out—an issue affecting restaurants across the board. This is an initiative by a non-legislative board whose actions should be vetted by elected officials.”