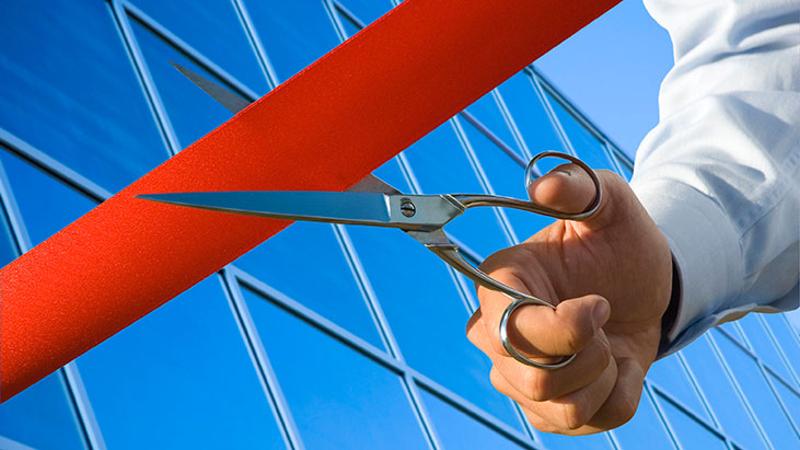 To say opening a restaurant for the first time is tough could be a prime contender for understatement of the year. From financing to inspections to hiring, there’s a whole gamut to consider—and myriad spots to misstep.

With that in mind, Restaurant Business spoke to restaurateurs and industry leaders to hear their experiences and glean their advice for those aspiring to fire up the kitchen at their first operation.

1. Success lies in the small things

The volume of details involved can catch new restaurateurs off guard, says Rob Watson, director of the business incubator at Chicago’s hospitality-focused Kendall College. He adds that while aspiring restaurateurs may have a great idea or recipe, building a restaurant from the ground up requires so much more.

Success demands taking the time to sort out everything from the restaurant’s brand to its required kitchen equipment long before opening day, he says.

“The world is a little less forgiving these days,” he says. “Reviews come out on day one. When we first opened, there was no Yelp, there were no Open Table reviews.”

2. Be prepared to put in the time

Planning out every last inch of a restaurant requires a lot of time and effort that newcomers need to anticipate, says Jason Alley, co-owner of Virginia restaurants Comfort and Pasture.

Larry Chandler, franchisee for Firehouse Subs, agrees, saying that the time it takes to run a successful operation doesn’t decrease after opening. “We’re in the people business. You’ve got to be willing to put in the hours.”

3. Plan for the unexpected

There are only so many things a restaurant owner can prepare for, no matter how experienced they may be. Anita Cartagena, who opened her first restaurant last April, was met with surprises every step of the way.

Shortly after putting up the drywall at Protea, Cartagena and her team discovered 12 leaks inside the Yountville, Calif., restaurant, which required the whole rooftop to be replaced.

Then, on opening day, a local chamber of commerce event caused her to serve many more guests than expected, interrupting the “smooth little opening” she had wanted. However, aside from a fryer-related oil spill, Cartagena says the first day went without a hitch.

“You always think you have enough and you never have enough,” adds Mason Edelson, who opened his first restaurant, Graze Kitchenette, in Chicago last month. “There are always surprise costs.”

Night Keyes, CEO of the TaMolly’s brand, echoes the importance of planning ahead. “The cash flow cycle is backwards,” he says. “You can end up in a situation where you end up running out of money before you’ve paid for all your materials, supplies and labor. You really need to be keeping track of your expenses and looking forward.”

“I think we as chefs tend to go into the venture a little bit blindly, truly believing that good food is all you need,” says Joy Crump, co-owner of Virginia concepts Foode and Mercantile. “But the restaurant business is a business, and that part of it has to be intact, too.”

Newcomers should be prepared to find themselves in unfamiliar territory like managing finances and dealing with employees. “Because they can’t afford a lot of great professionals around them, they end up doing a lot of heavy lifting in a lot of arenas where they don’t know really what they’re doing,” Boehm says.

With so many moving parts, industry professionals agree that teamwork is critical. Yet choosing the proper team members is just as important. “You want to surround yourself with a good team and, if you can, a good partner,” says Rob Katz, co-founder and co-owner of Boka Restaurant Group.

Jason Freiman, co-owner of Footman Hospitality, takes that one step further, noting that bad team members can be what breaks a restaurant.

Restaurateurs just starting out can—and should—use resources available in their community, says Matthew Mabel, founder of restaurant consulting firm Surrender. “Join your local restaurant association and get information from the local community college or university that deals with startups.”

7. Bring diverse skills on board

Solid partners should make sure that they bring unique skill sets and experience to the table. “Make sure you have distinct roles that don’t overlap,” Mabel says. “You need to make sure you balance each other out.”

Eric Papachristos, founder of three restaurants in Boston, says that partners with strong connections to the restaurant community are especially helpful. “You need resources and seasoned veteran resources. That’s what my partners were able to give.”

Straight talk is a must, too. “Have a really honest conversation about what your goals are,” Boehm says. “You’ve got to sit down and say, 'What are we going to do if things go sideways?'”

8. Stand out from the fray

A restaurant’s ability to provide guests with a special experience is essential to turning a profit, Mabel says. “You make money by understanding the guest experience and by offering something that is not available anywhere else.”

Jason Callaway, co-owner of Bacon Bros. Public House in Greenville, S.C., agrees, noting that "You need to create something that’s going to fill a niche in your market."

After opening 20 restaurants, both individually and together, Boehm and Katz say they have made a lot of mistakes; yet looking back, they wouldn’t change a thing.

“You kind of have to go through those hardships,” Boehm says. “They have made us into what we are today.” Katz agrees, adding that that they got their “master’s in business by working on our jobs.”

For Cartagena, the hurdles she faced from day one have allowed her to learn her restaurant inside and out and be prepared to take on new challenges. “It’s been a struggle, but I wouldn’t change a thing,” she says. “Not one inch.”