Tourism remains the strong driver of restaurant traffic and opportunity. As the 2014 Restaurant Growth Index—compiled exclusively for Restaurant Business by Nielsen—shows, consumers continue to loosen their purse strings and indulge in restaurant dining while on vacation. 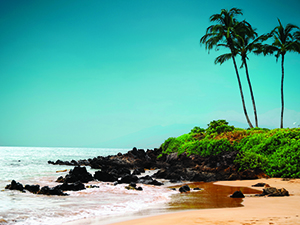 In tourism-focused areas such as Nevada and Hawaii, the top two states for restaurant growth in 2014, vacationers present a huge opportunity, with the number of travelers visiting each month often significantly exceeding the resident population. As the economy strengthens and consumer confidence approaches prerecession levels, more consumers feel comfortable spending discretionary income on vacations. According to the Nielsen Global Consumer Confidence study, 31 percent of consumers reported spending their discretionary income on vacations in the second quarter of 2014, that’s up from 22 percent in the second quarter of 2013—and the trend is expected to grow.

Another factor driving these growth areas is increasing consumer desire for gathering places within their communities, serving as a counterbalance to ever-increasing digital interactions. Nielsen reported on this in its “2014 State of Shopping Centers” study, and this desire for authentic, physical gathering spaces extends from malls to restaurants. This is particularly true in smaller markets where gathering spaces are few and far between, and residents look at restaurants as local landmarks that are more than just places to eat but also places to meet friends and celebrate occasions.

Looking at the markets that scored highest, the influence of tourism and community on restaurant growth is evident. In addition to drawing tourists, the top five markets have residents who are more likely than the average U.S. consumer to frequently dine at both quick-service and sit-down restaurants.

The best markets for restaurant growth

This locale, on the island of Maui, tops the charts in 2014 with restaurant sales of almost $5,000 per capita. The “aloha” spirit brings roughly 203,000 visitors per month to Maui, according to the Hawaii Tourism Bureau, translating to strong demand for restaurant options. Visitors here find more than just luaus and beaches; Lahaina also features the most art galleries per capita, drawing an eclectic mix of tourists.

No longer just a destination for gambling, magic shows and bachelor parties, Sin City is thriving. Celebrity chefs continue to be a draw, helping fuel the appeal to tourists and restaurant sales of roughly $3,500 per capita. Despite a volatile local economy still recovering from a housing-bubble hit, tourism is strong and stable. On average, 3.5 million people visit Las Vegas every month, according to its tourism bureau, and they have their pick of almost 5,000 restaurants.

The “Garden Isle” of Kauai, Hawaii, draws roughly 24,000 visitors each month, the Hawaii Tourism Bureau reports. Kapaa has a high concentration of shopping centers, water-sports centers and restaurants that cater to tourists. In addition to tourism, Kapaa features a strong local community; its residents value locally produced food and are more likely than the average U.S. consumer to serve as advocates for restaurants they like. Authentic Hawaiian character is vital in appealing to both residents and tourists.

This market, with strong ties to Toledo, has seen increased economic growth with the headquarters of Marathon Petroleum and Cooper Tire & Rubber Company creating employment demand and increasing business travel to the area. Kohl’s and Whirlpool also have major distribution centers in Findlay, providing a stable pool of residents. This small town puts a premium on the community gathering space restaurants offer, particularly space to celebrate with friends and family.

“The restaurant business is tough. Here [in the Ocean City, N.J., area] it’s tougher. We’ve worked very hard. It took us a lot of years for people to trust us for what we do [seasonal South American food], now we probably have 3,000 to 4,000 guests a week. You may have to filter through so many guests to create that solid base that’s going to grow. Be patient, and don’t give up.”

“[Effingham, Ill.,] is a mixed market. There are a lot of travelers; it’s a big pass-through for St. Louis and Indianapolis. Plus, it’s an entrepreneurial place. But for us, there’s not a ton of competition because we’re one of the only places doing farm-to-table; we’re more of a destination restaurant.”

“Lake City, Fla., is located at the juncture of [two interstates], so there’s a lot of traffic going East-West and North-South. Along with those travelers, the locals are very supportive of local businesses. We are home to Gateway College. The combination of students, residents and commuters adds up to a steady flow of customers.”

“We have a unique population base in Oxford, Miss., since it’s a university town. At least 50 percent of potential customers are college students and professors; it’s an affluent, captive audience that fills every restaurant seat, no matter the venue, at peak times, such as football season.  Our customers are friendly and adventurous—much more adventurous than when I opened my restaurant 20 years ago.”

“There’s no question that we have our highest aggregate AUV in [the Burlington, N.C.,] area. We do $1.7 million a year, which is phenomenal for an eight-hour-a-day restaurant. But it’s a heritage market for us, so our guests are very loyal and they have formed personal relationships with our operators in the market.”