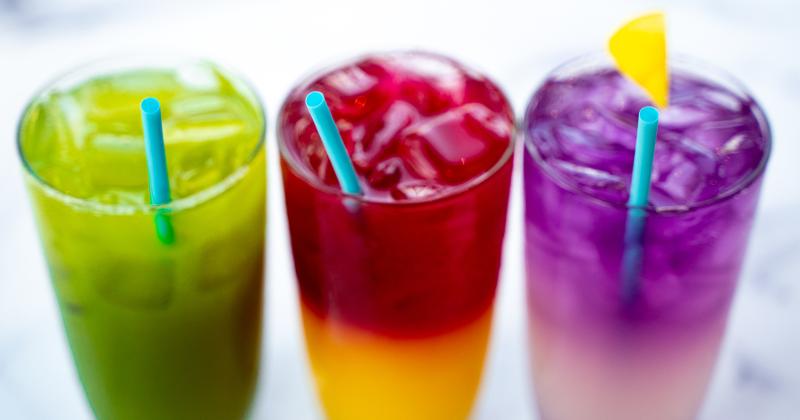 First Watch's new plant-based straws coincide with a recent emphasis on beverages at the chain. / Photograph courtesy of First Watch

Thirty million plastic straws used every year? It seemed like a lot, even for a fast-growing full-service restaurant chain.

“We made our supply chain lead go back and double check it,” said Matt Eisenacher, SVP of brand strategy and innovation at First Watch. “We thought our number had to be wrong.”

But the number was accurate, and it set off a three-year search for a more sustainable straw at the Bradenton, Fla.-based chain. Its headquarters are near the Gulf of Mexico, where so much plastic waste, including straws, ultimately ends up.

“When you think about what straws can do to the environment,” Eisenacher said, “it’s a bit of a passion for us.”

Over the next two months, First Watch will replace plastic straws in all of its more than 440 restaurants with plant-based straws made by WinCup. The new straws are marine biodegradable, which means they break down in several months if they end up in the ocean, rather than the approximately 200 years it takes for plastic straws to degrade.

The change culminates a long testing process during which Eisenacher and the team tried out all kinds of different straws, “from bamboo to paper and beyond.”

“I can’t even begin to tell you the number of straws we tested,” he said.

First Watch knew from experience that paper straws had issues: They tend to get soggy and fall apart. But it still struggled to find a product that worked for both customers and the environment. Pandemic-induced supply chain issues with its plastic straws were the final push it needed to find an alternative, Eisenacher said, which is how it landed on WinCup, a Georgia-based maker of sustainable restaurant packaging.

The company’s Phade straws are made with polyhydroxyalkanoate, or PHA, a natural substance derived from the fermentation of canola oil that looks and feels like plastic, according to WinCup. But unlike plastic, it acts as a food source for bacteria, meaning the straws will biodegrade in the ocean and most other natural environments.

The straw won the 2021 Innovation Award for Foodservice for Sustainability Solutions from the National Restaurant Association and SmartBrief.

And compared to a plastic straw, “You wouldn’t know the difference,” Eisenacher said. “You would just think it’s plastic, and that’s the beauty of it.”

The new straws won’t change anything operationally for the chain, which will continue its policy of providing straws only upon request. Eisenacher implied that they will cost more than plastic straws, but said it’s an investment First Watch is willing to make in exchange for reducing its environmental impact.

It has made similar investments in more eco-friendly to-go bags, packaging and napkins.

And even though customers may not notice a difference in the straws, First Watch does plan to let them know about the update. That will include social media content and new signage in restaurants that says “Blue is the new green™,” a reference to the straws’ light blue color.

The new straws coincide with a recent emphasis on beverages at the chain. It prides itself on its selection of fresh-squeezed juices and is also in the midst of rolling out alcohol chainwide, both of which have helped to drive drink sales.

“We see when people are choosing to dine out somewhere, they want an experience,” Eisenacher said. “So all the things we’ve done over the past few years in terms of culinary innovation have thrived.”