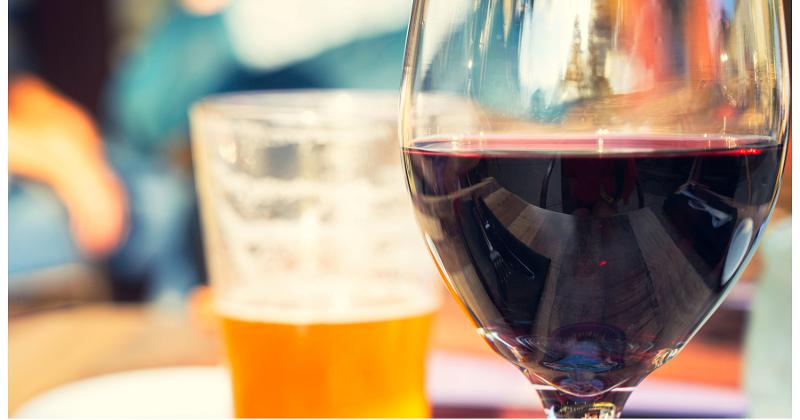 IHOP is easing into the adult beverage market with the launch of a three-unit test of beers, wines and mimosas.

The initiative aims to capture customers who might go elsewhere because “they can’t have a beer with their burger,” said IHOP President Jay Johns. He notes that the availability of adult beverages is also likely to boost the brand’s beverage sales. Alcoholic drinks typically command a higher price than coffee or soft drinks.

In addition, the effort could help in attracting dinnertime or late-night guests. IHOP, a brand known for its pancakes, has strived in recent years to shake the impression that it’s a breakfast concept.

A survey of the family-dining chain’s guests revealed that 66% wish they could accompany their IHOP meal with an alcoholic beverage. The option was also popular among customers aged 21 to 34, an age group the brand has been successful in attracting with such menu changes as an overhaul of its burger line.

The three pilot stores are in two markets, the San Diego area and New Mexico. The plan calls for refining the program in that limited experiment before rolling into New York, Rhode Island, Maryland, and Ohio, among other markets.

Johns said the exact schedule will be determined in part by the difficulties and costs of acquiring the permits needed to sell beer and wine for on-premise consumption.

“That’s why we’re going a little slow—the cost of entry in different states can vary greatly,” he said.

Johns acknowledged the opportunity in some markets to sell adult beverages for off-premise consumption, but said that step would come considerably down the road.

“We’re going to start this slow--this is going to be a test-and-learn process,” the CEO told Restaurant Business.

He anticipates few logistical issues because the necessary operational adjustments are minor. Beers will be sold in bottles, wine will be dispensed from the same, and mixing a mimosa—a blend of Champagne and orange juice—is relatively easy.

The pilot franchised stores will offer three national brands of beer, with an option to add local craft beers. “We don’t want IHOP to be a bar atmosphere,” said Johns. “We want to limit the number of SKUs.”

“This is probably not as complicated as rolling out five or six new menu items at one time,” he added.

He noted that a few IHOP franchisees have been offering drinks with the blessing of the franchisor, but that was on a restaurant-by-restaurant basis. “They did their own program,” he said. “This will be our program.

“Now is the time to do it with a little more marketing support.”

During the pandemic, a number of family-oriented competitors started selectively offering alcoholic beverages, in part because of the perception that consumers were more likely to have a cocktail at breakfast or lunch if they're not going into an office to work. The converts include Cracker Barrel, Golden Corral and First Watch.