Used to be that ice cream shops and dessert concepts were the best places to score a good milkshake. But now thick shakes are available on 11.6% of chain menus, according to recent data from Restaurant Business’ sister company, Technomic. And consumers are just as likely to head to a burger concept as a dessert spot to satisfy a craving for a thick, frothy milkshake blended with hand-scooped ice cream.

But which chains are their favorite destinations for the most craveable shakes? These are the 10 that top the list, according to 2021 Technomic Ignite consumer brand ratings data.

10. Smashburger boasts hand-spun milkshakes featuring Haagen-Dazs ice cream in myriad flavors. In addition to the standard chocolate, vanilla and strawberry, there’s peanut butter, salted caramel and mocha coffee. Those three specialty shakes were the ones consumers singled out as especially craveworthy and likely to be ordered on their own or with a burger.

9. Arby’s is known for its meaty sandwiches but the shakes are also a draw for consumers.  The flavors are on the adventurous side, with consumers citing the orange-cream shake and jamocha shake in particular. But one respondent is more of a purist, saying “the chocolate milkshake at Arby’s is the best milkshake I’ve had.” 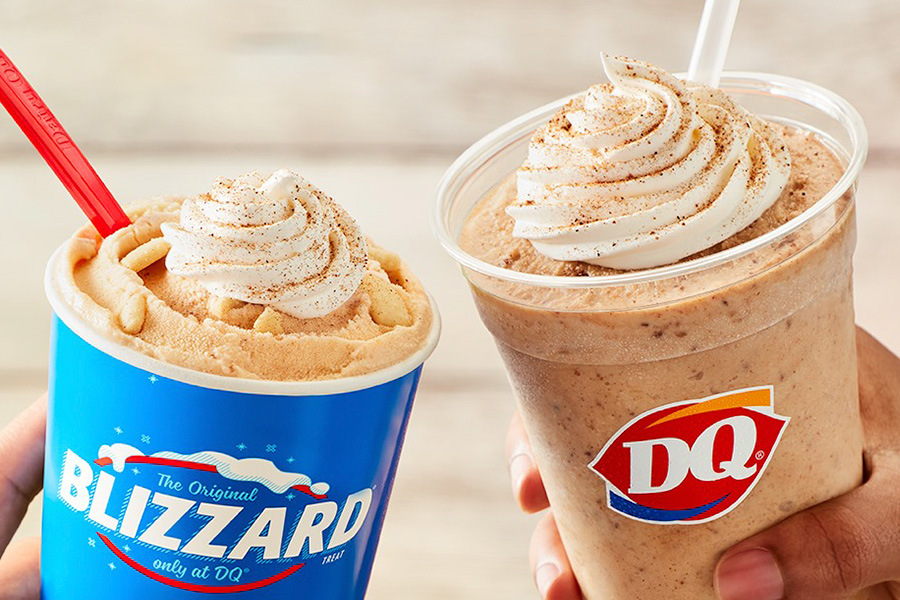 8. Dairy Queen’s trademarked Blizzard is its signature treat, and although the extra-thick creation defies being slurped through a straw, a few consumers called it out as a craveable shake along with the chain’s other blended soft serve beverages. But DQ has an extensive menu of more traditional shakes and malts, some in less-traditional flavors such as pumpkin cookie butter, mint chip and banana. Seasonal shake variations, including cherry, also contributed to Dairy Queen’s ranking as a top destination for shakes and malts.

7. Potbelly is a sandwich chain first, but consumers gravitate to the brand for its shakes as well. They’re listed on a separate “Cookies + Shakes” menu and promoted as “made with hand-scooped real ice cream”—a quality indicator. The shakes come with a cookie ringing the straw—a special touch that appealed to respondents—with the Oreo shake a particular favorite.

6. Whataburger varies its shakes with the seasons and offers different shakes in different regions of the country. The Dr Pepper shake was the one called out by most respondents as craveable, but it was only available in Texas, Arkansas and Oklahoma. While fans in those states were enjoying the Dr Pepper shake, customers in the deep South could order up a salted caramel shake and those in West Texas, Arizona and New Mexico, a root beer shake.

Chocolate, vanilla and strawberry shakes are always available in every Whataburger location. 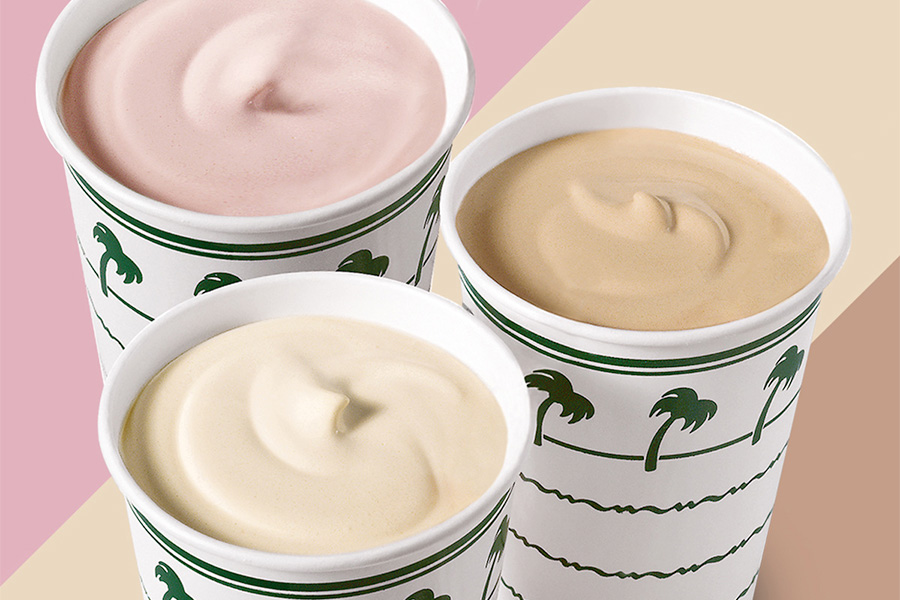 5. In-N-Out Burger tied with Whataburger in the ranking, but its shakes have more classic flavors. Chocolate, vanilla and strawberry are the only choices, but those in the know order off the chain’s famous “secret menu” and go for the Neapolitan Shake—a combo of all three swirled together in the same cup. The “three flavored shake” and “malteada napolitana” were singled out as special by respondents.

4. SONIC has a roster of regular milkshakes in flavors including chocolate, fresh banana and peanut butter.  But it also offers pumped-up shakes and blasts that are chock full of add-ins such as cake pieces, candies and cookie dough. Consumers in the survey noted the shake variations with Nerds candies and Butterfingers as favorites, while others pointed out the ability to customize shakes as a plus. But one respondent lamented “Sonic used to sell malts which I would always get, now they don't anymore. I wish they hadn't taken that off the menu.” 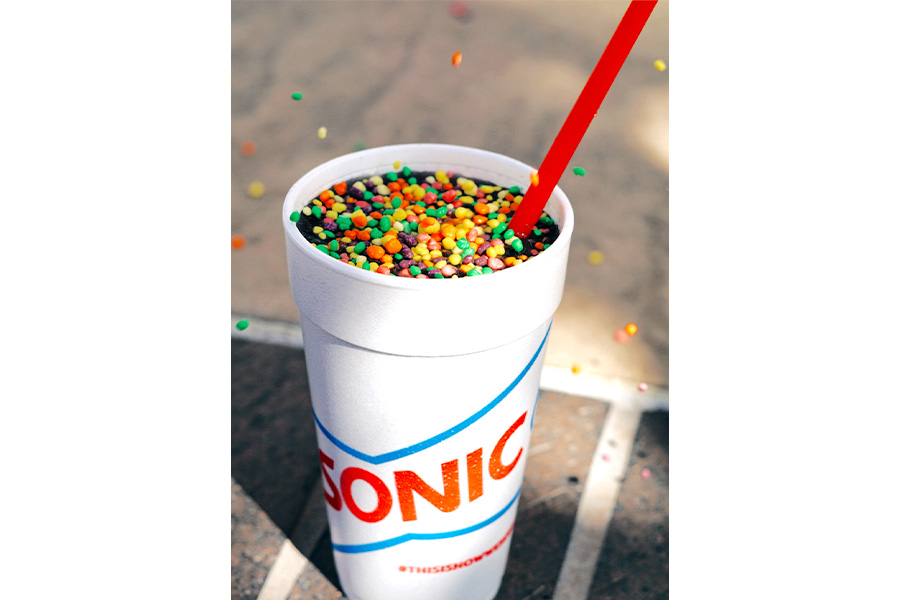 3. Five Guys landed in the No. 3 spot, with one consumer summing it up: “Their milkshakes are the best.” The only specific flavors mentioned in the survey were Oreo and salted caramel, but the hand-spun shakes come in almost a dozen varieties, including malted milk. Patrons can customize with up to 11 free mix-ins, including crispy applewood-smoked bacon pieces—the only chain on the list to offer this option.

2. Shake Shack mentions shake in its name, so it makes sense that consumers would head there for a frosty blended treat. Among the standouts, according to the poll, are the cookies and cream, chocolate, and brownie batter hot cocoa shakes. But the social media vote goes to the Black & White Shake, which is made by slowly blending fudge sauce into vanilla frozen custard. At some locations, Shake Shack offers what it calls “concretes,” also made with frozen custard and turning out much thicker than thick shakes. 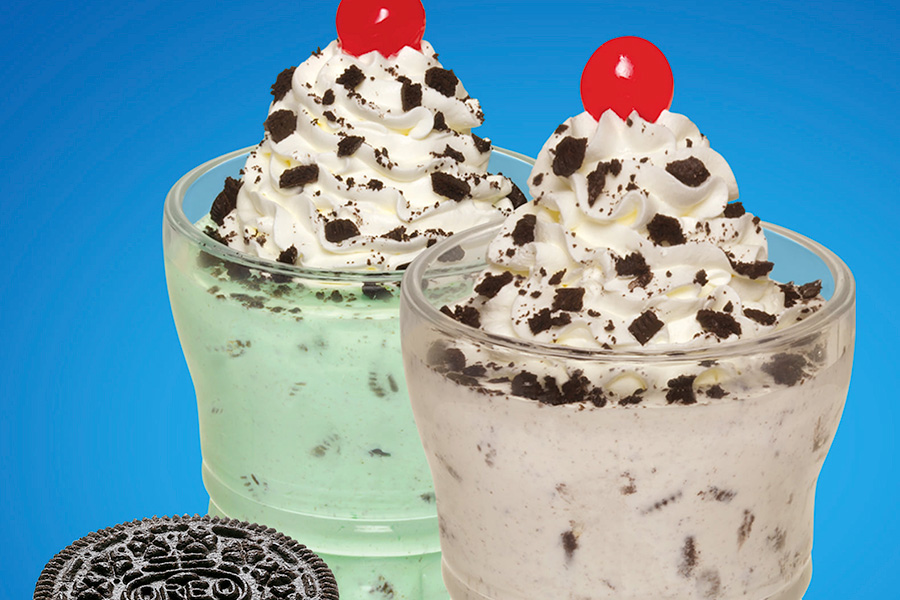 1. Steak ’n Shake topped the list, the chain that popularized the pairing of milkshakes with burgers way back in 1934. Survey respondents were very chatty in describing why the shakes are so craveable here, with comments like “My husband and I always crave their shakes. For some reason they are very satisfying, delicious and inexpensive (especially during happy hour)” and “I like the Reese’s peanut butter shake … in fact I love all the exotic shakes like bubble gum.” Cotton candy, birthday cake and Nutella are some of the other unique flavors in the wide selection of shakes, all served with a cherry on top.