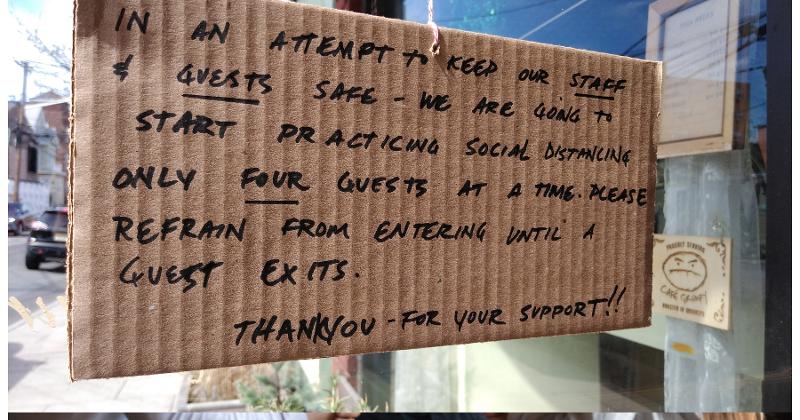 The pandemic has boosted the tendency of consumers to give their business to restaurants and other enterprises that treat employees and customers with outstanding consideration, according to new research.

The findings from Qualtrics validate that the public is particularly prone to shift its spending today to establishments that show a commitment to keeping staff members and guests safe from the coronavirus. The researcher found that 30% of consumers have moved their purchases in the last 18 months to less-familiar brands because of their stricter safety protocols.

Conversely, the research revealed that 22% of consumers have stopped frequenting a business because they had doubts about its commitment to safeguarding patrons and staff.

The key issue, according to the findings, is trust. Participants in the project indicated that their assessment of a business’ trustworthiness is significantly shaped by how they see employees being treated. The statistics show that nearly half of American consumers (47%) view an employee-centric operations as being more deserving of their trust.

That gauge is almost as important to them as how they saw customers being treated (47% vs. 66%).

Along the same lines, the 2,000 consumers surveyed by Qualtrics showed little tolerance for a brand falling short of what it promised in advertisements, promotions or claimed advantages. About 65% of the respondents said they have switched to another business because the one they formerly supported was not delivering on its pledges. Qualtrics cited such examples as promises of “fast delivery” or “great customer service.”

Trust issues also make word-of-mouth far more influential that promises from a brand, according to the data. Nearly 4 of 5 respondents (78%) said they look at customer reviews before trying an unfamiliar brand or business. About 83% said they’d lean toward frequenting an operation that had positive reviews, while only 16% said they’d try a place despite unflattering assessments.

Qualtrics says it specializes in analyzing and consulting on “experience management,” or the total takeaway from a commercial exchange or interaction. Its survey was conducted toward the end of 2021, the company said.