There are no more than 10,000 people in the country who possess Google Glass (those high-tech spectacles that allow wearers to take pictures and video and search the web with the sound of their voice).  Still, restaurants are wasting no time banning them. 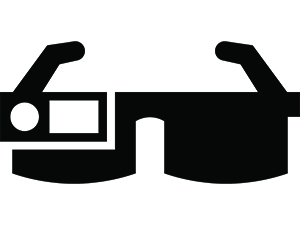 After a woman said she was assaulted by “Google Glass haters” in a San Francisco bar in February, another restaurant in the area, The Sycamore, and its sister spot The Willows, proactively banned the devices altogether. “There’s no law currently on the books,” says Tim Ryan, co-owner. “It seemed to us that asking people to remove them before entering our restaurant was the best solution.” Reactions to the ban, he says, have been “extremely positive across the board.”

Seattle restaurateur David Meinart drew a mountain of media attention when he declared The 5 Point Cafe, his diner and dive bar, a “No Google Glass Zone” last March, even before the technology was released. “It started out as a little bit of a joke,” Meinart says, but the rule remains in place at 5 Point and his four other restaurants to protect customers’ privacy. “Lots of people are thanking us,” says Meinart. “A lot of people are saying they’re going to come because of [the policy].”

The smackdown on Google Glass is just the latest straw man in restaurants’ tug-of-war between embracing technology (and the buzz customers’ social media posts can fuel) and policing it. Existing policies take a carrot or stick approach, from discounts—Eva’s in Los Angeles offers 5 percent off the bill for guests who check their cellphones at the front desk—to fines. Others fall somewhere in between: When guests want to take photographs of the food at David Bouley’s restaurant in New York City, the staff will escort them to the kitchen to snap away as the plates come out so as not to disturb other guests, the chef told The New York Times; the policy is similar uptown at Daniel Boulud’s fine-dining flagship. Other operators encourage cellphone use with contests or deals for customers who post photos from the restaurant or “check in” on social media.

While the bans may draw criticism from technophiles, sentiment appears to be largely on the operators’ side. A 2013 study on civility by Weber Shandwick and Powell Tate found that 86 percent of adults consider it uncivil when someone you are eating a meal with is on their phone. Although he doesn’t ban cellphones in his restaurants, Meinart can relate: “I think there’s going to be a time when there are bars or restaurants that are no technology—no cellphones, no Wi-Fi—just so people can unhook and interact with one another,” he says. “There’s a total place for that and I’m in support of it. There’s also a place for bars where all the tech geeks hang out.”

Words you should know

Because “tweeting” and “sexting” are so five minutes ago.