When it comes to fighting off patent trolls, restaurants have very few arrows in their quiver. And recent inaction in Congress means they have even less ammunition now. 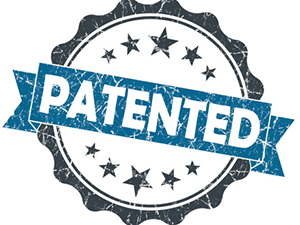 Trolls, also known as patent assertion entities, are companies that buy up patents and then threaten lawsuits claiming infringement. The goal is to force businesses, including restaurants, to pay expensive licensing fees.

Recent efforts by the National Restaurant Association and other business organizations to push for changes to patent laws were thwarted last month when the Senate Judiciary Committee decided not to move forward legislation that already had passed the House with strong bipartisan support; the White House also had urged action on the issue, including in the president’s State of the Union address.

“We were very disappointed and surprised that they would pull the legislation given the amount of support that exists,” says Liz Garner, director of commerce and entrepreneurship for the National Restaurant Association. “We have an emerging patent marketplace, and one where a troll has become a thing. We can’t solve that problem by doing nothing.”

With federal reform off the table for now, attention shifts to the states. “We’ve have seen some great legislative solutions proposed in the states,” Garner says, pointing to one example of a Virginia bill that would ask for more transparency around the often vaguely worded demand letters sent to businesses by patent trolls. The bill also would add bonding requirements forcing patent trolls to have to “put some skin in the game” upfront in order to launch an infringement claim.

According to an article on patent reforms by Ars Technica, 27 states have considered anti-patent-troll legislation; 10 already have passed new laws, while bills in five other states await governors’ signatures.

Until there are more widespread reforms, however, patent trolls remain a daunting and potentially costly threat for restaurant operators and other main street businesses. That’s largely because trolls target patents on technologies that restaurants use every day, in things as basic as nutrition calculators and QR code promotions, even Wi-Fi. Worth noting, “it’s all technology that’s consumer-facing, that’s something consumers value” Garner says.

And fighting back can break the budget, which is why so many businesses just pay the licensing fee or walk away from the technology. “I’ve talked to restaurants that have seen costs go from nothing in relation to patents to 20 to 25 percent of their legal budgets,” she adds. “That’s a pretty substantial increase in just two years.”