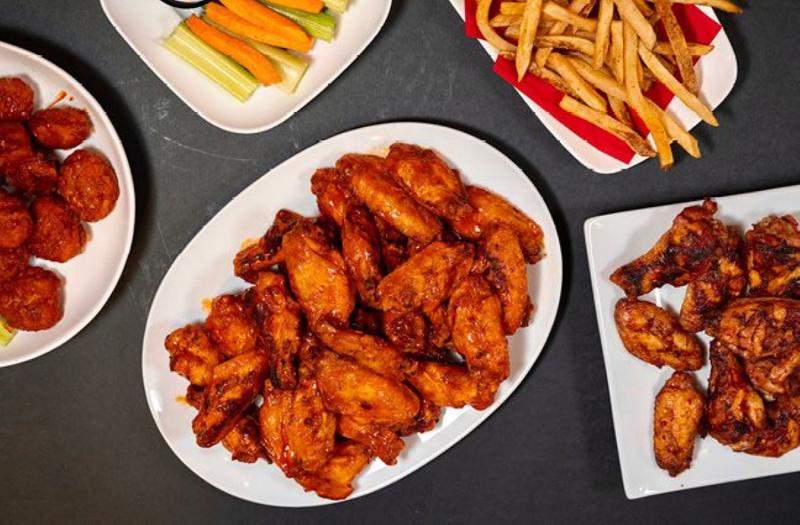 A brick-and-mortar location of Wing Boss is slated to open later this summer in Addison, Texas, the fast-casual barbecue chain announced Tuesday.

The first unit of the formerly delivery-only concept will be 1,500-square-feet with a full bar and several televisions.

Opening a physical restaurant was not in the original plans for the virtual concept, CEO Laura Rea Dickey told Restaurant Business.

"It wasn't," Dickey said. "We genuinely launched the virtual brand to see how it complemented our core concept ... The transition to brick and mortar really makes sense."

The first Wing Boss location will be run by the company, she said, adding that future restaurants could be owned by existing Dickey's franchisees or those who are new to the brand.

Hickory-smoked wings from Wing Boss will continue to be available from more than 70 delivery-only locations nationwide.

Wing Boss sells its wings in combos or by the piece, as well as in large-format group packs. The wings are available with a variety of dry rubs and sauces, including Atomic, Sweet Chili, Sweet Barbecue, Garlic Parmesan and more. Wing Boss also sells breaded chicken tenders, fries, mac and cheese, Texas toast and more.

Wing Boss, which launched in April, is one of a slew of virtual wing brands that sprung up during the pandemic. Among the delivery-only wing concept creators: Fazoli’s, Chili’s, Applebee’s and Smokey Bones.

Many point the explosion in wing concepts to the nearly-unmatched pandemic success of Wingstop, which reported more than 30% same-store sales growth during the height of the crisis.

All that interest in wings, perhaps unsurprisingly, led to a widespread shortage in the commodity.

Dickey said her chain's longstanding relationship with suppliers has helped mitigate the volatility in wing prices.

"We have the benefit of those long-term contracts," she said.

So, will Big Deal Burger also become a brick-and-mortar establishment?

"I believe it will," she said. "That is definitely our intention. We always want to validate that we're going in the right direction."

This story has been updated to add comments from Dickey's CEO Laura Rea Dickey.

Portillo’s restaurants did massive drive-thru sales during the pandemic