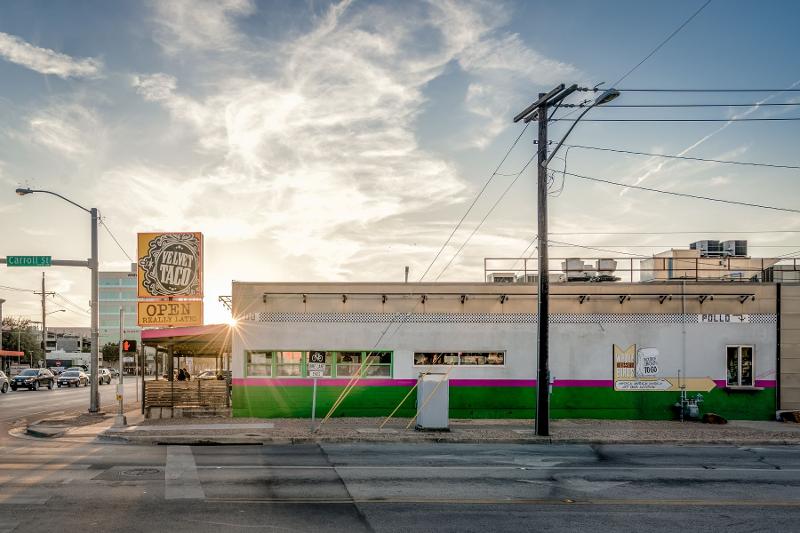 Velvet Taco is growing out of its headquarters.

The 33-unit creative taco concept will take over nearly 11,000-square-feet of office space in Dallas on Aug. 1, a corporate center nearly five times bigger than what it currently has.

The new HQ is just a few miles down the road from Velvet Taco’s existing corporate office, but it will offer lots of room for expansion, Velvet Taco CEO and President Clay Dover said.

“Our current space is too small,” Dover said. “This is adjacent to one of our restaurants. I can look out my window and see the restaurant. It will be great for training.”

Velvet Taco currently has 32 corporate team members, and the new space has room for up to 70.

“We will continue to add headcount and support as we grow restaurants,” he said.

Last November, Velvet Taco got a new private-equity owner in Leonard Green & Partners, which acquired a majority stake in the brand from L Catterton. Catterton, which has had a relationship with Velvet Taco since 2016, kept a minority interest in the chain.

Velvet Taco, which was founded in 2011, has grown through an unconventional real estate strategy that reuses former businesses such as gas stations or other chain restaurants.

The chain has opened four locations this year, with plans to open up to eight more restaurants in 2022 and up to 13 stores next year. The taco concept has more than doubled its unit count since the pandemic began.

“The new partnership with Leonard Green has been great and has allowed us to expand our horizons,” Dover said. “What this new group has allowed us to do is to think five years out. It has helped facilitate me as the CEO to make long-term decisions. They’ve been very supportive.”

The chain, for instance, recently hired a director of international growth—among 11 new corporate positions. Currently, there are no Velvet Tacos outside of the U.S. But Dover hopes to change that.

“We believe the brand has got legs internationally,” he said.

Many of Velvet Taco’s locations are open until 3 a.m. or 4 a.m., and the late-night business is now about level with pre-pandemic numbers, Dover said, while overall same-store sales are “up north of 20% right now.”

“People are coming back to restaurants,” he said. “We’re open late at night. That’s been satisfying to see. It was the last part of our business to come back and we feel very optimistic.”