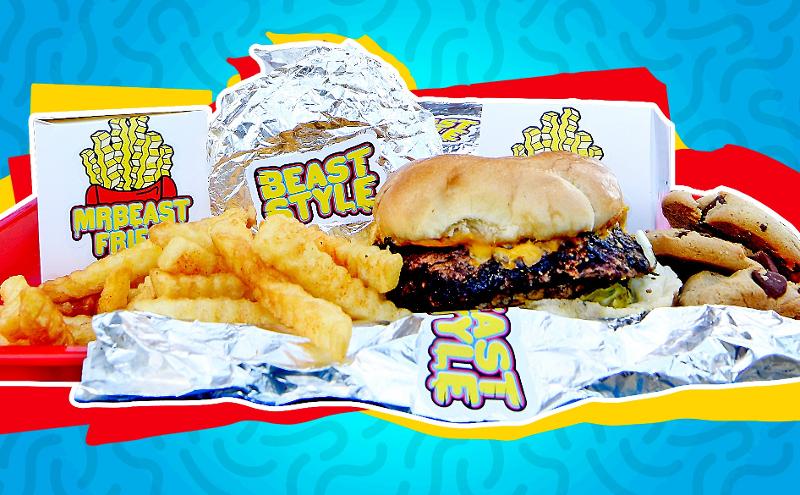 The brand’s namesake, YouTube star MrBeast, broke the news on Twitter on Monday. The restaurant is opening Sunday at American Dream mall in East Rutherford, N.J., he said.

It’s a major step for MrBeast Burger, which has been growing quickly since its launch in late 2020. It now has more than 1,700 outlets and in July broke $100 million in revenue.

All of its locations are “virtual,” hosted by partner restaurants that license the MrBeast menu and sell the food on delivery apps as an additional revenue stream.

It is one of the most prominent virtual concepts to appear during the pandemic, when the idea took hold as more restaurant traffic shifted online. Much of the brand’s success is due to MrBeast himself: His loyal fan base includes a whopping 100 million YouTube subscribers, providing an instant audience for his burger restaurant.

They'll have a chance to experience the brand in real life at American Dream, a 3 million-square-foot shopping and entertainment complex just outside of New York City.

“American Dream is a world-class destination with one-of-a-kind experiences and first-to-market concepts, designed to delight a multi-generational audience,” said Don Ghermezian, CEO of American Dream, in a statement. “MrBeast sparks the same feeling of happiness and amazement in his huge viewing and dining base. ... We’re thrilled to be part of bringing his newest enterprise to life.”

The news is notable because few virtual brands have made the transition to physical restaurants. But there are signs it could be the next step for some concepts as they look for new revenue and try to strengthen their connection with customers.

Virtual Dining Concepts, which owns more than a dozen delivery-only brands, is no stranger to operating actual restaurants. It was founded by Robert Earl, the owner of restaurant company Earl Enterprises, and his son Robbie.

MrBeast’s announcement drummed up some excitement online: The tweet had more than 4,000 retweets and nearly 170,000 likes by Tuesday morning. Perhaps adding to the buzz was MrBeast’s promise that he’ll be working at the restaurant on opening day.

“If you stop by you might meet me,” he wrote.