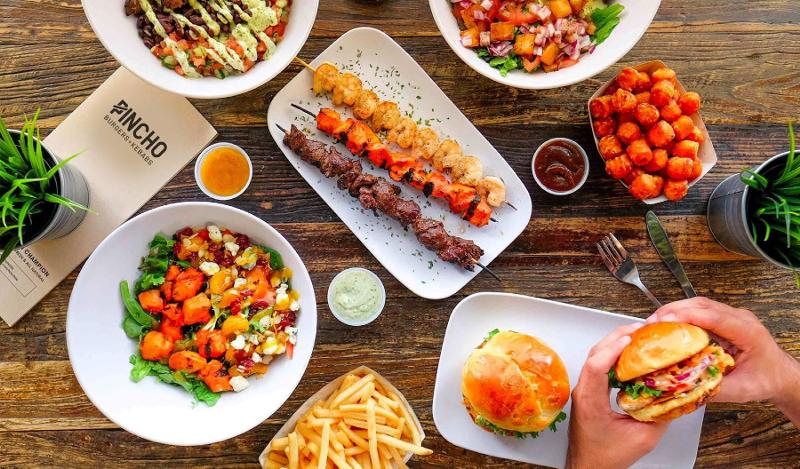 In addition to fueling growth of the Miami-based concept, the investment was also used to buy out the chain’s existing franchisees, Andrew K. Smith, managing partner and co-founder of the Savory Fund said.

“We believe there’s a time for franchising,” Smith said. “It presents itself when you know it’s ready. I do believe it’s in the future of Pincho.”

Pincho CEO Otto Othman co-founded the chain as Pincho Factory in 2010, specializing in Latin American kebabs called pinchos, as well as dishes such as burgers, salads and bowls. In 2019, with plans for widespread growth, the operator dropped “Factory” from its name.

Othman first met up with executives from the Savory Fund several years ago. But it was Pincho’s strong performance amid the pandemic that strengthened the fund’s interest, Smith said.

Early on, Othman had invested in Pincho’s tech stack, he said, putting the chain on solid ground when consumers turned to digital channels.

After an early dip, sales bounced back by May 2020 and were fully positive that July, Othman noted.

“More important than the money is what this partnership means for me, as a founder,” he said. Several Savory Fund executives will join Pincho’s board of directors to provide support to the growing brand.

The Savory Fund from Mercato Partners is a $200 million investment fund focused on the food and beverage industry. It has previously invested in chains such as The Crack Shack, Swig, R&R Barbeque and Via 313.

Pincho is slated to open up to seven new restaurants next year. Growth will continue around Southern Florida, up into the central part of the state as well as into Texas.

In addition to its traditional restaurants, Pincho currently has two licensed locations at Florida International University and LoanDepot Park, home of the Miami Marlins.