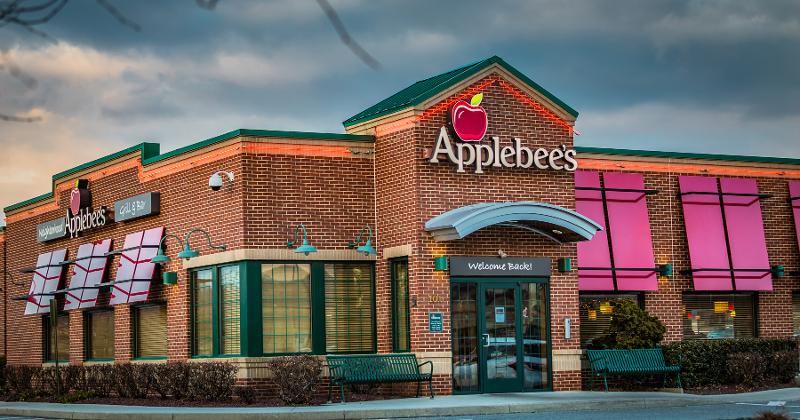 Parent company Dine Brands is winding down a financial review that led to the closure of hundreds of underperforming restaurants over the past several years, executives said Thursday. It plans to get Applebee's back to net new unit growth in 2023, and expects IHOP to double its historical unit growth by then.

At the end of the third quarter, Applebee's had 39 fewer restaurants worldwide than it did at the same time in 2020, while IHOP's unit count was down by 57, according to documents filed with the SEC.

Applebee's will close less than 1% of its restaurants next year and start adding stores the following year, Dine CEO John Peyton said during the company's earnings call Thursday. It has more than 15 new restaurants planned—both conversions and new builds—and will accelerate from there.

IHOP over the past decade has historically opened about 40 restaurants a year, said brand President Jay Johns. By 2023, that number could be around 80, he said, noting that was a ballpark figure.

To kick off the development process, Dine hired three new VPs of development, one for each of its two brands and a third to head up international development. Those VPs are expected to take a more strategic approach to new units.

The Applebee's and international VP positions are brand-new.

Fertilizing Dine's return to growth are the storefronts and market share left up for grabs by the tens of thousands of independent restaurants that closed during the pandemic.

In addition to traditional brick-and-mortar stores, the growth will include ghost kitchens and Dine's new concepts, such as Flip'd, its fast-casual riff on IHOP. The smaller prototype "starts to open up some other territories that we may not have gone to before," said Johns, who added that the brand will also start testing a new, smaller IHOP prototype later this year.

The news comes after a strong quarter for both brands. Applebee's same-store sales were up 12.5% on a two-year basis, the best mark for the chain during its 14 years under Dine. Sales growth increased sequentially in each month of the quarter, which President John Cywinski attributed to improved execution as well as innovation in marketing and technology.

IHOP sales were flat vs. the same quarter in 2019, a 3-percentage point increase over the prior quarter. A little over a quarter of its restaurants have returned to 24/7 service, Johns said, which is still short of the 45% that operated around the clock before the pandemic. Breakfast was a particular bright spot: Sales in the daypart were up 8% compared to two years ago.