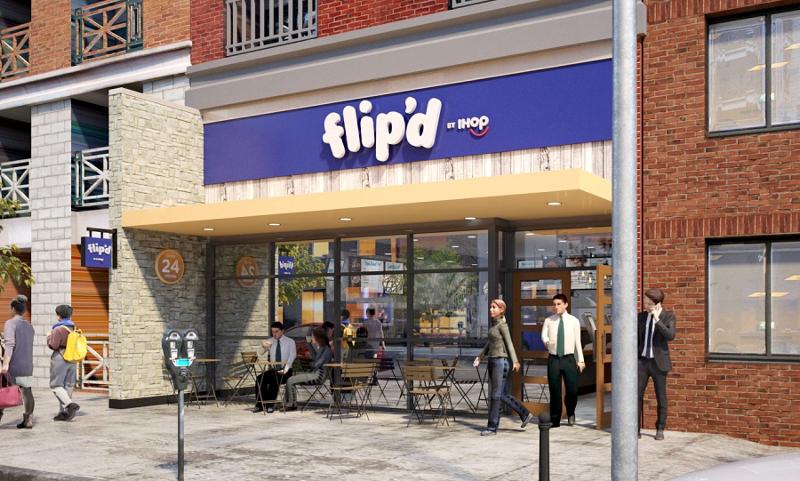 IHOP is reviving its plan from two years ago to spin off a fast-casual riff called Flip’d by IHOP, but with a few changes suggested by the family chain’s experiences during the pandemic.

The original strategy called for using the scaled-down venture as a way of giving IHOP a stronger presence in densely populated urban markets such as New York City. The concept was conceived as a version of IHOP that would generate most of its sales from takeout and delivery, with few seats available, a menu of items that travel well, and an emphasis on such grab-and-go standards as coffees and fresh juices.

The original concept was to create a breakfast and lunch option akin to such urban specialists as Pret A Manger, Au Bon Pain or downtown units of Dunkin'.  Those brands felt the devastating effect during the pandemic of losing their clientele because of office shutdowns and social distancing. Other urban-focused fast-casual concepts such as Shake Shack expanded their development focus to put more emphasis on suburban locations. Many of the limited-service brands found the residential areas to be much more robust in terms of traffic and sales.

While the menu planned for Flip'd is virtually the same as it was when IHOP unveiled the venture in 2019, the real estate strategy has shifted, says IHOP President Jay Johns. New York City is still the targeted site of the first Flip'd, with a targeted opening of July. But units will also be opened in more suburban locations, including Lawrence, Kan., and Dublin, Ohio.

The small size of Flip’d also lends itself to nontraditional locations, Johns points out. Those initial locations will include a unit paired with an EG America convenience store.

That outlet will feature a pickup window, one of the features that were added to the design because of IHOP’s experiences during the pandemic.

Takeout and delivery will still be the main sales channels for Flip’d, but units in the suburbs may also have a considerable dine-in business, Johns notes.

“In the more suburban areas, there’s probably going to be a few more seats, more like a traditional fast-casual,” he says. “More people want to sit and have a break from their workday.”

Those stores could also have a drive-thru or pickup window if the location lends itself to those features, he adds.

All the stores will be franchised, both to current IHOP operators and partners new to the system, Johns continues. Development of corporate stars is not part of the plan. 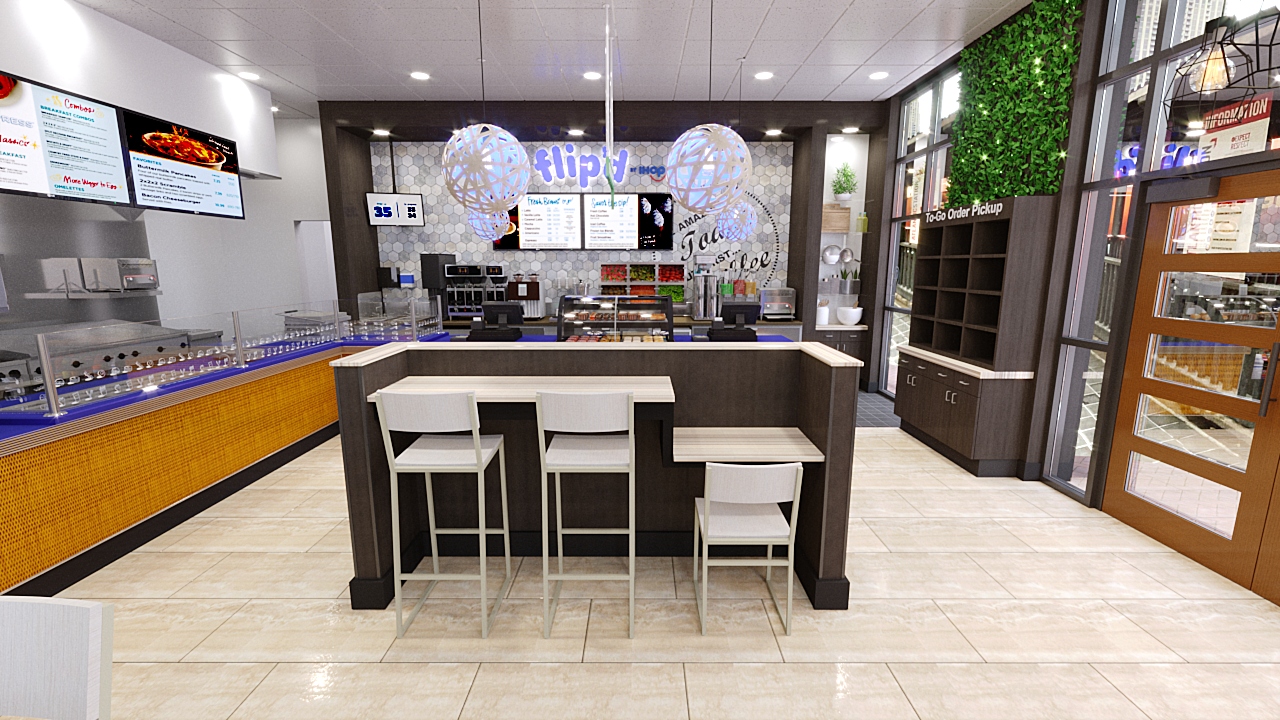 As an incentive for existing IHOP franchisees to embrace the concept, IHOP is offering $150,000 in startup funding for the first 10 operators who agree to open a Flip’d.

The launch is part of IHOP’s effort to restart development after the pause forced on the chain by the pandemic.

“I wanted to get that development going again,” says Johns. “We really wanted to expand the development opportunity for our franchisees.”

The venture isn’t the only new development option IHOP hopes to present to existing and new franchisees. The Dine Brands Global holding is also developing a smaller version of a traditional IHOP.

IHOP decided to go with a different but related identity so as not to confuse fans of the mother brand. There’s no table service, and the menus differ. “If you say ‘flip’d by IHOP,’ that kind of signals what you are,” says Johns.

He describes the launch as an ongoing learning experience. “We’ll learn on the fly. It will be a living organism,” he says.

“But this isn’t a test in the sense we may cut it off after trying it,” Johns adds. “We’re doing it.”