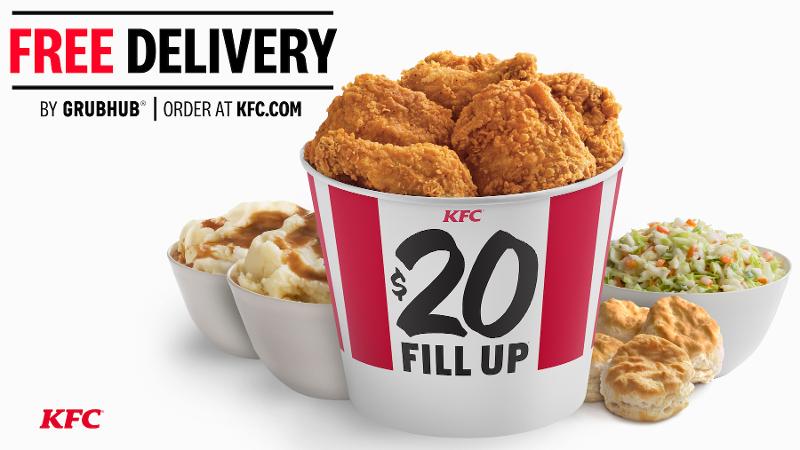 More than two years ago, Yum Brands announced a strategic investment in Grubhub that appeared to be a bold and innovative bet on the future of delivery.

Yum invested $200 million in Grubhub, getting a 3% stake in the Chicago-based company. Grubhub gave Yum favorable rates for delivery, and in exchange received an exclusive arrangement that gave the company access to Taco Bell and KFC for five years.

That deal came crashing this week, when Yum filed a lawsuit against Grubhub, saying the delivery provider breached their contract by essentially ending their relationship earlier this month.

That lawsuit adds another chapter to the story of mounting tension between restaurant companies and delivery providers. Yet it may also signal something else: That delivery providers feel bold enough in their business models to tell a major chain operator to basically shove it.

Either that or they need to tell major chain operators to shove it.

The chain business has been important to delivery companies’ growth. By inking deals with big chains such as McDonald’s, Taco Bell and Chipotle, delivery providers gain reach and marketing power.

The chains give the delivery providers well-known brands to put onto their platforms for customers to look for them. They also gave the delivery companies reach, providing them with a base of business to expand into new markets.

These deals frequently came with marketing provisions. In Yum’s Grubhub deal, for instance, the delivery company received an exclusive marketing arrangement, so only Grubhub could be advertised as a national delivery partner for Taco Bell and KFC in ads. The chains have routinely used Grubhub in their delivery ads.

That made the chains something of a loss leader. Delivery providers agreed to lower prices and other terms for big chains, and they would make it up by charging higher prices to other restaurants.

Various events could be changing this dynamic.

For one thing, delivery providers are not yet profitable. While Grubhub itself is profitable, those profits come from its online ordering platforms and not the business of delivery. There is intense pressure on these companies to generate profits.

Grubhub may well have looked at the amount of work it has to provide for Yum Brands, its commission structure for KFC and Taco Bell, and began to question whether the agreement was worth it.

Indeed, “it has been clear for some time that Grubhub regrets the economics of the [master services agreement],” Yum said in its lawsuit. “This regret has been expressed verbally and has been demonstrated in Grubhub’s actions.”

There is also this: It’s entirely possible that Grubhub feels it no longer needs Taco Bell or KFC’s exclusive business, that demand for its services is strong enough without them, to essentially kill that deal.

The pandemic has led to steep increases in the use of all sorts of delivery, either through pizza chains like Domino’s and Papa John’s or through third-party delivery.

To get more delivery customers, many restaurant chains have made quick deals with delivery providers. Yum started using Uber Eats and Postmates, for instance, to get access to those providers’ customers.

Grubhub clearly saw an opening and opted to kill its deal. It also clearly felt strong enough in its position to ditch a marketing agreement with Taco Bell, the country’s fourth-largest chain and one popular with the young, delivery-friendly group of customers it covets.

That decision also came after Grubhub started talking with Uber Eats about a potential merger, discussions that likely led to this week’s agreement to sell itself to the Amsterdam-based Just Eats. Reports of the Uber discussions came in mid-May. Grubhub sent its first letter to Yum Brands on June 2.

The Just Eat deal will make Grubhub part of a much larger company. The pandemic is also making delivery that much more important to the restaurant business. Grubhub is clearly betting that Yum needs it, more than it needs Yum.