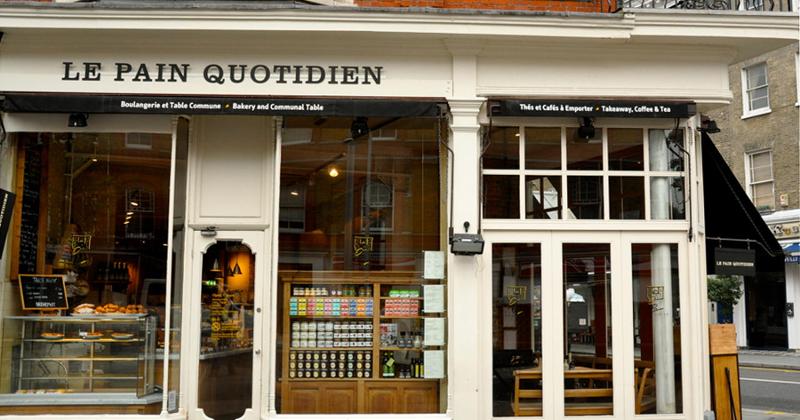 On the surface, 2020 isn’t really a good time to be buying restaurants. Not in the midst of a pandemic that has hammered sales and put the future of many companies in question. And a company that was losing money well before the coronavirus hit, such as Le Pain Quotidien (LPQ), would seem a particularly risky one to buy.

Andy Stern, however, has a simple explanation for why it’s not that much of a risk. “The one good thing about this business,” the co-CEO of Aurify Brands said in an interview, “is that people are always going to have to eat. We know that for sure.”

The only question, he said, is the mode of consumption. But Aurify, which completed its purchase of LPQ on Tuesday, sees a good brand that simply needs a strong hand to guide its business model to adapt to changing consumers.

To be sure, LPQ is a relatively low-risk investment. Aurify is paying just $3 million for the right to be the Belgium-based company’s U.S. master franchisee. The bankruptcy process shed the company of its worst locations.

Under Aurify, LPQ will reopen more than 40 locations, less than half of what it had before the pandemic hit. Aurify’s purchase price represents a paltry $75,000 per location and is representative of the type of opportunistic deals available to investors willing to take on the brand at this particular time.

Low prices, as well as the belief that restaurants will eventually get their sales back, have helped to feed a surprising number of deals. Several restaurant chains have changed hands during the pandemic, with just one—Souplantation and Sweet Tomatoes—opting to liquidate. That was not the expected outcome once the pandemic started.

That said, Aurify will have some work to do and its real risk is in the investment the brand will need to turn around, and the uncertainty over how long that could take coming out of a pandemic.

LPQ generated negative EBITDA, or earnings before interest, taxes, depreciation and amortization, of $16.8 million in 2019. A lack of investment at the store level kept the chain from investing in technology and other initiatives to take advantage of the boom in takeout—which isn’t exactly helping matters at a time when takeout is all restaurants have. What’s more, its Belgian franchisor had an insolvency case of its own.

LPQ also laid off most of its workers and closed all of its units in April as the result of the pandemic. At the time it appeared that LPQ was going to be one of those chains that wouldn’t emerge from the quarantine.

Stern said that Aurify looked at the chain a while ago and again when it returned to the market. The New York City-based Aurify started out as Five Guys franchisees to learn the business before it started creating its own brands in 2011. It now operates Melt Shop, Fields Good Chicken, The Little Beet and The Little Beet Table.

“We’ve always been on the lookout,” Stern said. “We always wanted and will continue to find great brands.”

He said that the brand was the most important thing about making this deal, noting that it’s easier to build a good company than it is to build a good brand from the ground up. “Good brand-bad company is something we’re very interested in. It’s really, really difficult to build a great brand.”

Aurify expects to reopen the restaurants as early as mid-July, which the company says will bring back 1,200 jobs. Aurify is bringing back much of Le Pain’s team.

There is some pressure on LPQ to get takeout right in the near-term. Dine-in service appears as if it will take some time to return even if states do decide to return to normal—which certainly seems doubtful at the moment. Restaurants will have to live on what they can sell to customers who eat at home.

Yet LPQ is a bakery/café chain, which seems well-suited for that kind of traffic. “It seems like it’s positioned well,” Stern said. Still, he said the company is doing to spend its time learning to see what works for the long-term.

Aurify is also open to other deals, too. With other expansion opportunities expected to be available, the company will continue to be opportunistic.

“We’re open,” Stern said. “We’re having lots of interesting conversations. If we can [expand] by growing our own brands, we’ll do it that way. If we can find opportunity in an existing brand, we’ll do that.”