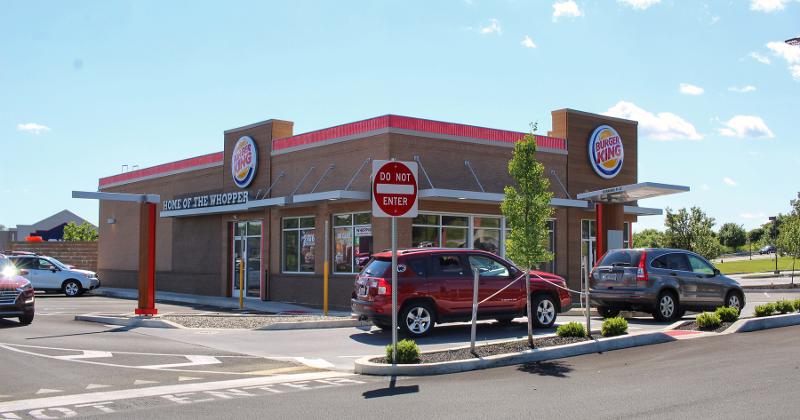 Burger King hopes getting faster will speed its recovery.

The Miami-based burger chain has fallen behind its top competitors in recent quarters despite a market that in theory should work to its advantage, given consumers’ generally heavy reliance on the drive-thru to get their food.

The problem, apparently, is that its drive-thru isn’t fast enough. So the company is planning to take steps to speed its service to get customers through more quickly.

“One of the things we saw from our deep dive into the business is that our drive-thru speed-of-service declined significantly,” Jose Cil, CEO of parent company Restaurant Brands International, said Wednesday at the Morgan Stanley Global Consumer and Retail Conference, according to a transcript on the financial services site Sentieo. “So our throughput was impacted over the last nine to 12 months.”

To fix that, Burger King is eliminating ingredients and simplifying process to make it quicker for workers to make sandwiches. Cil also said the company wants to do a better job on the design of the menu to make it easier for customers to decide what they want to order.

The company is also using more technology in the back of the house to improve order accuracy. “We got too slow,” Cil said. “And we need to address that to have higher throughput in the business.”

Burger King has fallen behind its primary competitors in recent quarters. The four big burger chains, including McDonald’s, Wendy’s, Burger King and Jack in the Box, have averaged 4.9% same-store sales the past eight quarters. Burger King, by contrast, has averaged a 0.5% decline. It is behind Wendy’s by 500 basis points.

The gap has increasingly occupied investors. Stock in parent company Restaurant Brands International is down 9% over the past year. McDonald’s, by contrast, is up 19%. That said, both Wendy’s and Jack in the Box are down over that same period.

RBI has taken steps to make big changes at Burger King. The chain hired Tom Curtis away from Domino’s earlier in the year to oversee operations at the brand. Chris Finazzo, who was Burger King’s North America president, stepped down, and Curtis was tabbed to replace him. Cil in an interview earlier this year described the company’s need to improve operations.

On Wednesday, Cil told analysts that the company is increasing overhead spending at the chain to increase the number of field operations and training specialists. He also said the people the company is hiring to work in field operations have restaurant or QSR experience. “We’re giving them better tools,” Cil said. “We’re investing in that from a technology standpoint.”

He also said that the company is communicating with operators so “everyone knows where we stand in terms of overall performance and we can drive important improvements in terms of guest experience in the restaurants.”

Beyond operations, Burger King is making plans to focus more on the Whopper, “one of our key products we haven’t paid a lot of attention to, or enough attention to it from a brand and marketing standpoint,” Cil said.