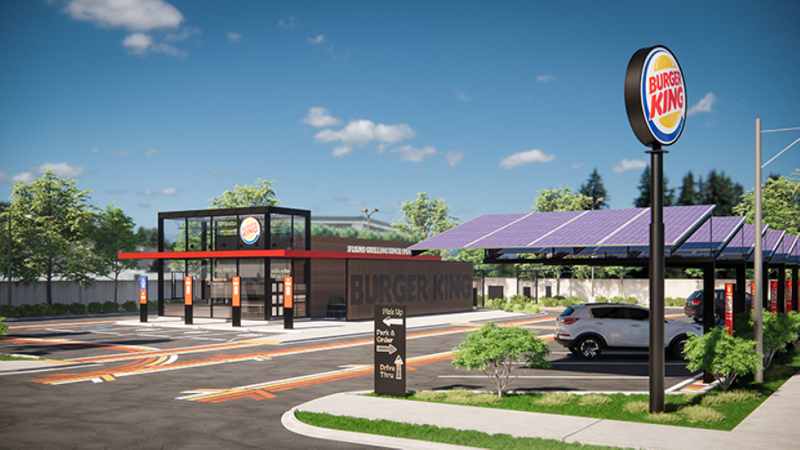 That didn’t keep Cil from expressing disappointment in Burger King’s results. The Miami-based chain’s same-store sales rose 13% last quarter, or about 2% on a two-year basis. While that was a recovery from pre-pandemic levels, it remains low in context: Rival McDonald’s, for instance, boasted 15% two-year results.

In fact, the result continued a trend between two of the Big Three burger chains: McDonald’s has been outpacing its rival for nearly six years now, despite having twice the average unit volumes. Burger King’s recent results—it has also closed about 200 net units over the past year—has left it looking up at the third of those three, Wendy’s.

“We’re not performing at the level that we expect ourselves or aspire to,” Cil said. “We understand our biggest areas for breakthrough opportunity. Our underlying issue has really been focus and pace. We haven’t put enough focus on the few priorities that will have the biggest impact. And we haven’t moved fast enough on these priorities to accelerate the business performance to the level we know we’re capable of.”

It was a typically honest assessment from Cil, who had previously made one for RBI’s Tim Hortons brand, which had struggled in 2019 and was at the outset of a turnaround when the pandemic hit. Yet Cil grew up with Burger King, having started with the brand more than 20 years ago and having led it before he took over the top job at RBI. “I know the Burger King business well,” he said. “I know what we’re capable of. Our franchisees, they know what we’re capable of.”

One thing Cil wants is menu development similar to the Ch’King, which he said is a “new platform” that could be a “driver of sustainable growth for year to come.”

Cil doesn’t believe the company should abandon value, either—something that Burger King had emphasized considerably in recent years. He noted the $1 Your Way menu that debuted earlier this year and other value platforms.

Another strategy Cil discussed was remodels and, specifically, speeding them. “We’re dedicated to working together to accelerate our image transformation into the Burger King system over the next few years,” Cil said.

“We’re moving at a good pace,” he added. “I think we’ve made some good progress on that. But I think we can go faster.” Cil said the company is working with operators on remodels that provide a higher return on investment, such as restaurants with double drive-thrus.

The company also believes that operations need to improve. Cil said the company invested in field teams to work with the franchisees who operate the chain’s 7,095 locations on training and execution.

Burger King is also “committed to becoming an industry leader in fully integrating digital into the restaurant and online ordering experience,” Cil said, noting that Tim Hortons is getting a benefit from its digital strategies. The company recently rolled out its loyalty program, called “Royal Perks.”

Cil also mentioned marketing, noting that it “can translate our global advertising creativity into even greater brand loyalty that drives long-term traffic and sales momentum in our home market.”

“We’ve been a bit mixed in terms of our execution on-brand communications,” Cil said. “We spend a lot of time on price-driven communication, and I think we have a lot more work to do on cut-through brand and high-quality messaging around the quality of our products.”