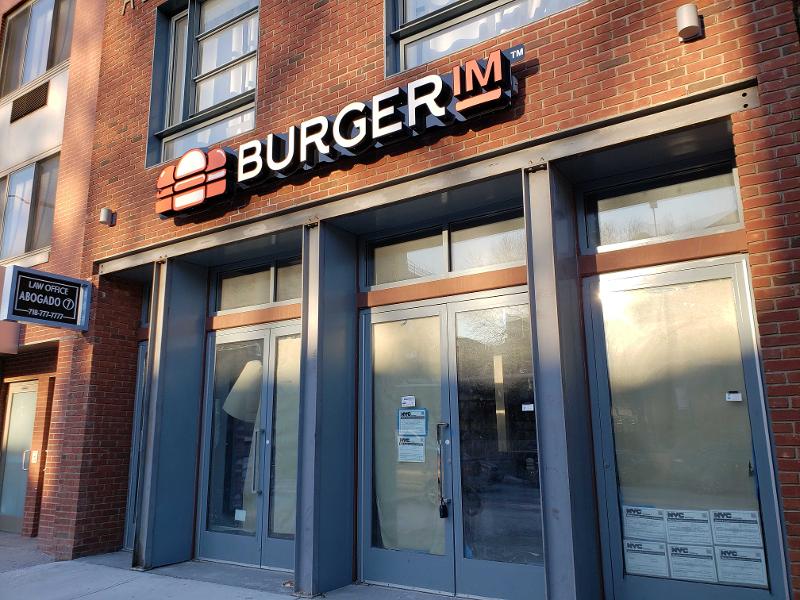 Burgerim is preparing to offer franchisees the ability to opt out of their franchise agreement as well as a settlement to pay operators refunds over time to comply with a recent order from the state of California, a company official told operators on Friday.

But franchisees shouldn’t expect much. Greg Becker, a franchisee who said he was hired to run the chain’s day-to-day operations last year, told franchisees that there are no assets to pay $50 million or more in refunded franchise fees.

“Don’t expect to get your fee back in a one-time check,” Becker said in a presentation to operators. “Most of you can do the math. You can expect pennies on the dollar.”

“Burgerim has no assets right now,” he added. “All that money Oren took is now gone. Even with the state order, the money to reimburse franchisees is honestly not there.”

Oren is Oren Loni, Burgerim’s founder who is believed to have fled to Israel in Nov. 2019 after the company sold more than 1,500 franchises in a four-year period—generating almost $58 million in franchise fees alone.

His departure revealed a franchise that operated much like a Ponzi scheme, selling franchises to anyone willing to pay a $50,000 franchise fee, regardless of their ability to operate a restaurant. Most of those 1,500 were never able to open a restaurant and many who did ultimately closed.

When Loni left, he abandoned the company and its employees and the operators who signed up for the brand heard nothing for several weeks.

“He took the money with him,” Becker said. “He left the company to die.”

Last month, the California Dept. of Financial Protection and Innovation ordered Burgerim to allow franchisees to get out of their franchise agreements and provide refunds and pay a $4 million fine. It’s believed to be the largest fine and refund demand ever given to a franchise company. The department cited extensive violations of state and federal franchise regulations in issuing the order. It gave Burgerim 30 days to comply.

Restaurant Business revealed these problems in an investigation last January. You can read all of our Burgerim coverage here.

Comments from Becker were among the most extensive a company representative has made about the problems since Burgerim first told franchisees in December 2019 that it was considering filing for bankruptcy—which it never did.

Instead, a different corporate entity, set up by Loni before his departure, moved to take control of the brand in the aftermath. That entity has been collecting rebates from vendors and has been trying since to get franchisees to make royalty payments—something Loni refused to require, which is unheard of in the franchise community. Most franchisees, angry with the company and struggling to survive, have refused.

Restaurant Business listened to Becker’s presentation at the request of a franchisee. In an interview on Friday, Becker said the company’s goal is to get people their money back. He said the company has prepared a recission letter and sent it to the state for review and is also preparing a settlement offer to pay back franchisees owed refunds but needs to get that approved, too.

Once approved operators will get packets of information with recission offers along with the settlement.

“We want those people legally owed money to get their money,” he said. “How much and how long it takes will be up to multiple factors.”

But, as Becker noted, the math makes payback difficult.

Becker said that Burgerim currently has 125 open locations, or less than one-tenth of the more than 1,500 franchise agreements sold between 2017 and 2019. Nearly 300 franchisees received refunds, according to California’s administrative order. So more than 1,000 franchisees either weren’t able to open at all or were able to open but were then forced to close.

Becker said Burgerim is preparing to set aside its revenues to make payments to franchisees. But with few royalties coming in and no new units providing franchise fees, the company relies instead on payments from vendors, which total about $4,000 per month.

How much operators receive in rebates will depend on the company starting to receive royalty payments from operators that decide to stay in the brand. The company will also need to start adding units and taking other steps to generate more revenue. Becker said the company hasn’t sold a franchise in a year and three months.

“If you do the simple math, Burgerim doesn’t have $57 million,” Becker said. “Whatever monies that are generated through Burgerim in the future, whether it be franchise royalties, fees, marketing fees, a portion of that in the settlement is going to be set aside to pay franchisees.” He suggested payments would be made quarterly.

“As long as Burgerim is still in business, everybody will get reimbursed at a rate the state finds acceptable,” he added.

In the morning meeting, Becker said that operators need to do what they feel is right for themselves. Operators running existing stores who opt out must remove company signage and any unique recipes. “Franchisees have a choice to opt out and rebrand or stay on as a franchisee,” Becker said. “It’s up to each individual franchisee. You have to do what’s best for your family or business.”

Yet the meetings often grew tense, as operators asked questions—particularly about $400,000 in rebates that the company collected from vendors after Loni’s departure, that was cited by California regulators. Vendors pay rebates to a franchise to get its business, but typically increase charges to franchisees to make up for those payments. Burgerim operators who have been able to open have complained about high charges.

In his meeting, Becker referred to “two contacts in place hurting franchisees” as the vendors paid Loni “a lot of money up front” to gain his business—thinking that the business would have hundreds of locations rather than the 125 it has now. He would not tell operators which vendors he was referring to, only saying “shame on those two companies for not doing their due diligence.”