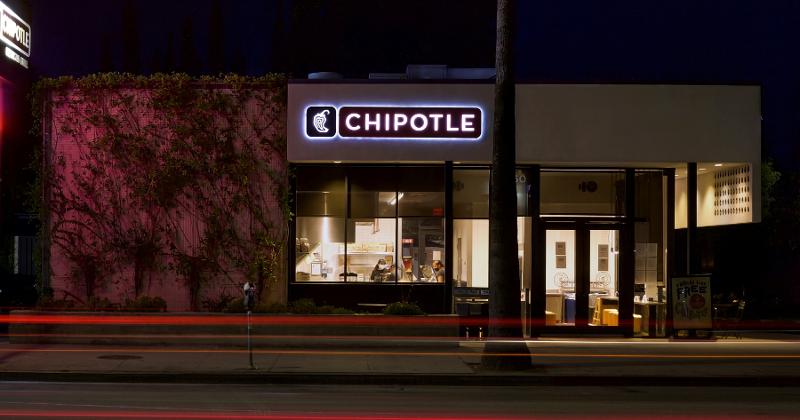 Drive-thrus are all the rage right now and why not, given that they’re easily the most popular method for Americans to use restaurants during the pandemic.

But they also prove to be good investments for the restaurants that build them.

To wit: Chipotle Mexican Grill, which has been quite public in its praise of the company’s mobile-order drive-thru lanes, which it has dubbed “Chipotlanes.” The company opened its 100th such lane earlier this year and made it clear it plans to build a lot more of them.

Speaking to investors last week, CFO Jack Hartung noted that it costs just $70,000 to invest in these mobile-order windows, but they generate 10% to 15% higher volumes, which at a Chipotle could mean up to $300,000 in added revenues.

“I mean, it’s a no-brainer,” Hartung said, according to a transcript on the financial services site Sentieo.

Drive-thrus have been a “no-brainer” for some time. The pandemic has been a singular advertisement for the benefits of such lanes, as those restaurants have largely recovered lost sales and then-some, while non-drive-thru restaurants have been more likely to struggle.

Even before the pandemic, however, such windows were revenue machines, typically generating higher volumes by opening the restaurants to passersby looking for more convenient food or beverages.

Last year, for instance, a typical Dunkin’ location without a drive-thru generated $1 million in sales. Add a drive-thru and that location generates nearly $300,000 in additional sales, or about $1.3 million, according to the company’s franchise disclosure document.

Perhaps not surprisingly, Dunkin’ wants to build more locations with drive-thrus and fewer locations without them. Such figures are frequently echoed by other types of concepts that have added drive-thrus more recently, such as Panera Bread. Starbucks has also touted the success of its drive-thru units.

To be sure, they do tend to cost more both to build and to operate. What’s more, the growing demand for locations that can fit drive-thrus could push their costs up, especially given that many communities may remain reticent to add more drive-thru restaurants, even in the aftermath of the pandemic. That could ultimately change the payoff equation.

Chipotle’s drive-thru model, which is focused largely on mobile-order customers, is easier to add than many such units. But it’s already leading more restaurant companies to consider similar ideas, and as a result that end-cap unit near a busy road will only be that much more expensive.

Still, it’s clear that drive-thrus, whether traditional or mobile-order lanes, will be a major source of sales for the restaurant industry for the coming years. Chipotle certainly is eager to continue investing in them. “We expect more than 60% of our restaurant openings will be Chipotlanes, next year it’s going to be more than 70%,” Hartung said. “And I think going forward, if anything, the natural tendency will be that number will go up, not down.”