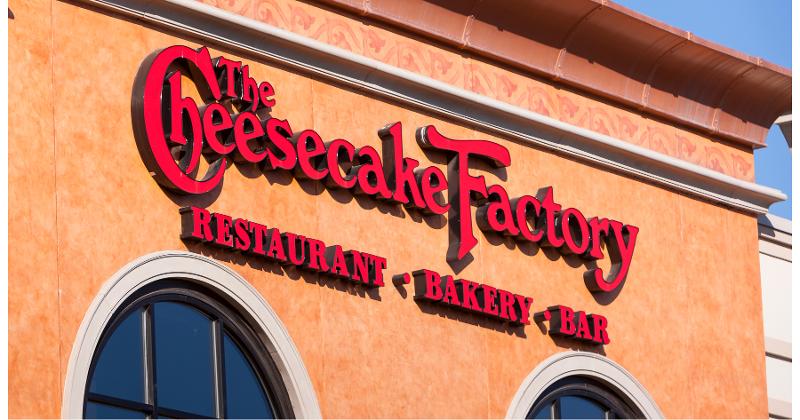 The Cheesecake Factory is reacquiring most of the equity stake held by Buffalo Wild Wings parent Roark Capital in a transaction valued at $457.3 million.

If the series of financial moves are completed as expected on June 15, Roark’s interest in Cheesecake will be reduced to 2.4 million shares of common stock, or 4.6% of total shares outstanding. The stake will be controlled by Roark founder and managing partner Neal Aronson, according to securities documents filed Monday.

The moves largely undo Roark’s $200 million equity investment in Cheesecake back in April 2020, when the pandemic was just beginning. Not knowing what to expect during the impending crisis, most restaurant companies scrambled to maximize their liquidity, fearful they’d have insufficient cash on hand to sustain operations as dining rooms were ordered to close and sales fell to a trickle.

Cheesecake opted to trade 200,000 shares of preferred stock to Roark for $200 million. The deal shocked an industry already stunned by the unprecedented market changes they were seeing as coronavirus shut down much of the nation. Roark owns a huge stable of franchised restaurant brands through its two main holdings, Focus Brands and Inspire Brands. Most compete in the quick-service sector, far downmarket from Cheesecake’s turf.

Cheesecake only franchises abroad, and on a limited basis, and it is positioned squarely in the upper echelon of casual dining.

In the multi-step deal spelled out in Monday’s SEC filings, Roark will distribute 150,000 of its 200,000 preferred Cheesecake shares to three subsidiaries. Cheesecake will then repurchase the stock for $446.9 million.

The remaining 50,000 preferred Cheesecake shares will be converted to 2,448,381 common shares of the casual-dining company. Aronson will “surrender” 47,517 of the common shares to Cheesecake in exchange for $10.4 million in cash.

That step will leave him with 2.4 million shares. The securities filing states that Aronson will have the discretion to manage the shares as he sees fit.

The transaction will apparently not cost Paul Ginsberg, Roark Capital’s president, his seat on Cheesecake’s board.

The deal specifies that Ginsberg and Aronson are “locked up” for 60 days from trying to amass a controlling interest in Cheesecake.

Cheesecake operates its namesake brand and a high-volume Italian casual concept called North Italia. Through its ownership of Fox Restaurant Group, a concept incubator, it also holds the rights to develop Flower Child, Culinary Dropout, Fly Bye and a host of other small brands.