Continue to Site >>>
Edit
Photo courtesy of Chick Fil A

Over the weekend, my eldest son sent me a text at midnight, suggesting we buy a Chick-fil-A, because apparently 15-year-olds these days think selling chicken sandwiches is a good, long-term strategy.

He’s not wrong. Chick-fil-A is one of the hottest restaurant brands of any size in the U.S. It has led a revolution that has made the chicken sandwich a must-have item in the fast-food space. It does remarkably strong unit volumes and its Sundays-off strategy helps retain workers and managers.

Yet my tweet about my son’s midnight epiphany generated some discussion about this. That’s because the Chick-fil-A operator is basically just a company employee and doesn’t get equity in their store. When they retire, that equity remains with the brand. My 15-year-old, so the thinking goes, would be better off investing in a different franchise to build long-term wealth.

Neither answer is actually wrong. But let’s tackle the question.

First, we should get this out of the way: Chick-fil-A is a franchise only in the most technical and legal sense of the term. In reality, it’s an operating partner program that controls just about everything. It relies on carefully chosen operators to run its restaurants, believing that their ability to share in profits will result in long-term success. Most operator have just one or two restaurants, so they have a huge financial incentive to remain involved in day-to-day operations.

It’s hard to argue with the strategy. Chick-fil-A has grown immensely in recent years and is now firmly established as the third-largest restaurant chain in the U.S., behind only McDonald’s and Starbucks. 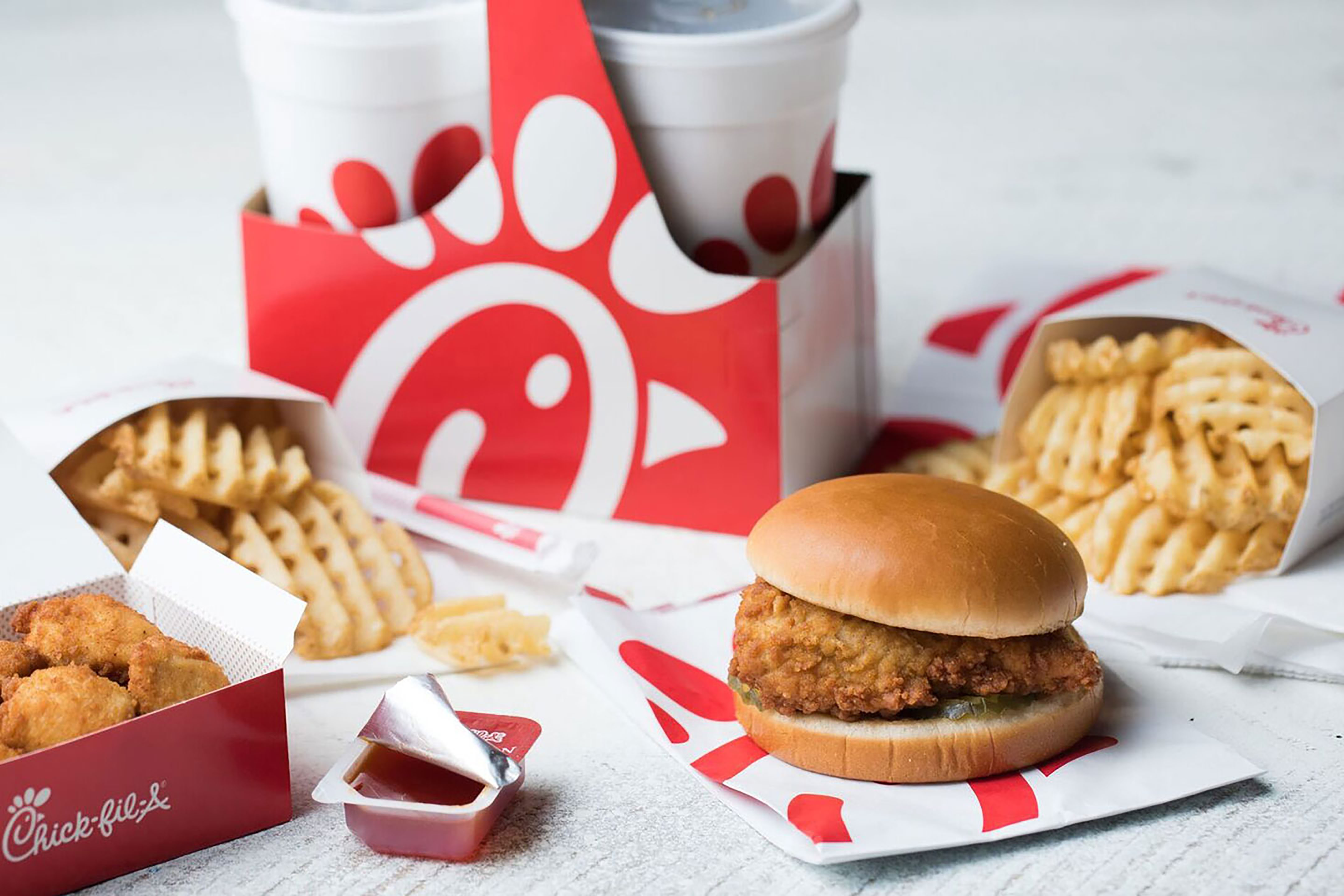 The most remarkable number is the unit sales volume. In 2019 its average annual unit volume was $4.7 million, according to Restaurant Business sister company Technomic. That’s all units.

According to Chick-fil-A's franchise disclosure document, however, its standalone, non-mall locations make a lot more than that, about $6.5 million on average. That is, uh, insane, and a number largely unmatched among fast-food chains not named Portillo’s, which is much smaller. Chick-fil-A has 1,600 of these locations.

For the right to operate these restaurants, a prospective operator pays $10,000 but submits to extensive training.

Not surprisingly, it’s really hard to get a Chick-fil-A. Its franchisee selectivity rivals that of Google or Harvard. In short, if you want to get into Chick-fil-A, you’d better have a Plan B.

But do not underestimate that selectivity as a strong point for the franchise. If you can pick and choose your operators from a huge pool, you can carefully select the best operators. By contrast, companies such as Quiznos or Burgerim were, uh, not selective, and the results at both chains were vastly different even with quality menu items.

Chick-fil-A’s selectivity opens it up to a huge pool of potential franchisees, rather than simply people who have of money. That might be the biggest reason to go for a Chick-fil-A: To get into such a quality franchise systems you have to have a strong net worth from the get-go.

Chick-fil-A pays for everything up front and leases everything back to the operator, who pays 15% of sales and then splits the profits with the franchisor. That profit split likely means the operator of a stand-alone unit makes an awful lot of money.

If the post-royalty profitability of that restaurant is 10%—which I argue is conservative—then the typical operator ends up with $320,000 a year. For someone running just a single restaurant that is a lot of money. Cut that profit to 5% and that’s still $160,000.

That said, the operator is bound to Chick-fil-A’s standards and rules, far more than the typical franchisee. And that franchise is likely left with just that single store, though the company has more recently started offering satellite stores and food trucks to existing franchisees.

Still, that salary is the operator’s return on investment. Once they leave Chick-fil-A, that’s it.

It’s a strong return for that $10,000. And Chick-fil-A is a safe investment. Though its sales growth is going to stop eventually—it always does—the brand itself is not going away.

That said, a prospective franchisee can get that same safety by investing in, say, a group of Burger King or Wendy’s restaurants, even if they need three or four of them to equal a single Chick-fil-A’s volume.

Still, those concepts aren’t going away, either, making them relatively safe investments for anyone that has the upfront costs. The operator keeps more of the profits, too.

They also get the equity when they are done, enabling that operator to pass off the stores to the next generation or sell them and retire somewhere warm. Because the operator has equity in the business, they have more control over the state of the operation. And if they are successful they can get opportunities to invest in other concepts, enabling them to diversify their portfolio.

But it takes money to get into those brands, most of which prefer larger, multi-unit operators, anyway. The combination of upfront costs and operator net worth requirements makes those brands out of reach for the vast majority of people.

And though such brands can be relatively safe investments, they are not risk-free. Franchisors can sue franchisees and terminate their agreements over ticky-tack complaints, devastating if not completely wiping out their equity.

They’ve been known to push franchisees into bankruptcy. They can terminate operators who speak out. Some even sell their right-of-first refusal to other franchisees that intend to use them aggressively, hammering the value of existing locations.

Smaller, lesser-known or newer franchises, meanwhile, aren’t safe investments at all—weak ones can drain investors of life savings, as Quiznos did a decade ago. And as we saw with Burgerim there is no recourse for investors when the franchise is blatantly fraudulent.

What’s the best option for my teenager? Well, that depends on how much money he has, which at the moment is not much, and whether his goal is to build long-term, potentially generational wealth or to simply have a high-paying job that provides time off and a comfortable lifestyle.

None of that is guaranteed, however, and in the end, it's important to remember that any franchise is an investment that requires a lot of careful examination. Also, it helps to finish high school first.