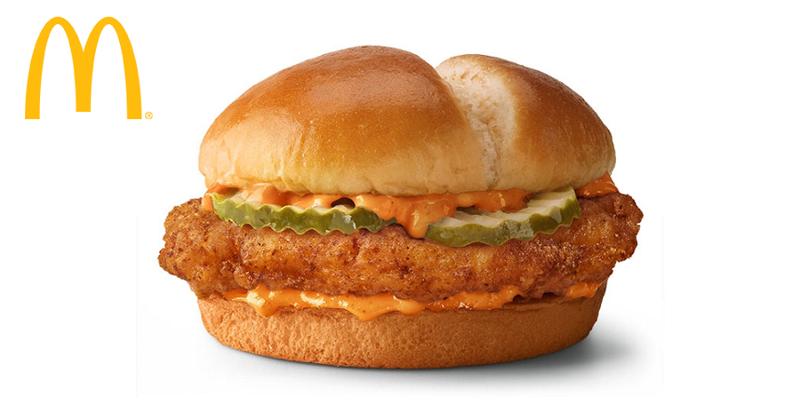 McDonald’s generated strong same-store sales in the U.S. last quarter as customers armed with stimulus checks flocked to the company’s drive-thru and digital options to order items such as chicken sandwiches and spicy nuggets.

The Chicago-based burger giant said its sales grew across all dayparts. It also said its “strong national menu and marketing offerings,” along with growth in its digital and delivery platforms, contributed to the results.

“As you think back to the start of the pandemic, we had this surge in off-premise dining,” McDonald’s USA President Joe Erlinger said on Thursday. “We were set up incredibly well given the investments we made in digital, delivery and the drive-thru. Beyond that, we made some great investments in chicken and the core. It begun to set us up well for the future.”’

McDonald’s offered a number of menu options this year, notably its Spicy Chicken McNuggets limited-time offer in February and then its newly upgraded Crispy Chicken Sandwich. Erlinger said the company’s three chicken sandwiches are “so far exceeding our projections” still two months after they were introduced.

Erlinger also said the company expects same-store sales in the U.S. to be about the same level as they were in the first quarter.

That wasn’t the only thing, however. Digital sales also took off—McDonald’s generated almost $1.5 billion in sales through digital channels in the U.S. in the first quarter, which the company believes is setting it up nicely for an expected rollout of its first loyalty program. About 20 million people in the U.S. are using the company’s mobile app.

Executives credited the Travis Scott Meal, which proved to be a success last year and drove a lot of customers to its digital channels. Executives expect similar results with the upcoming promotion involving the Korean megastars BTS.

The strong domestic results led to overall strength around the world. Globally, same-store sales rose 7.5% despite weakness in some markets as another surge in the pandemic led to further restrictions in a number of countries. McDonald’s said it saw strong results in places like the U.K., Australia and Canada but struggled amid COVID-19 restrictions in places like France and Germany.

The bulk of McDonald’s U.S. sales is coming through the drive-thru. Most of the dining rooms in the company’s 13,800 domestic restaurants remain closed even as restrictions are eased in much of the country. The company has taken a more judicious approach to reopen dining rooms than many other chains as consumers remain intent on using its drive-thrus.

McDonald’s is getting all of its sales growth from higher average checks as consumers order more items and a larger number of premium options—traffic has remained down since the start of the pandemic. Guest counts were negative around the world, the company said.

UPDATE: This story has been updated to include information from the company’s first quarter earnings call Thursday.