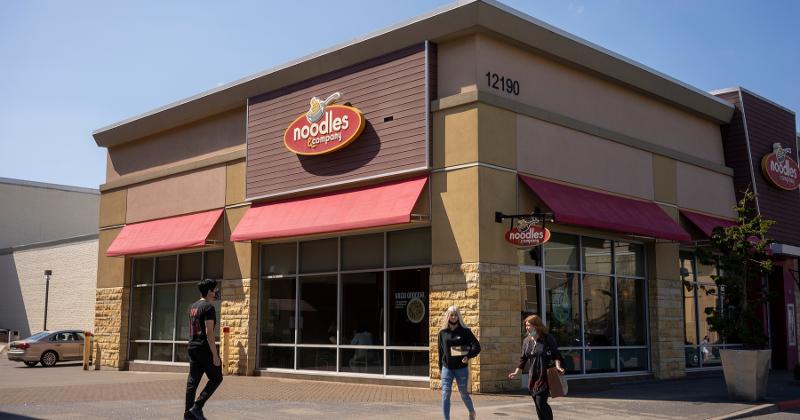 Noodles & Company is adding a temporary $1 surcharge to all dishes featuring chicken to fight against soaring costs for the protein, the chain said this week.

More than half of all customers at the pasta chain order chicken dishes, and Noodles has watched its chicken costs climb 70% during the first quarter, compared to the year before. The price of chicken continues to increase, and Noodles said it expects to pay 80% more for the protein during the second quarter than it did in 2021. Noodles spends more money on chicken than any other food item, though it makes up about 13% of the chain’s total food basket.

“We view this temporary surcharge as one-time and fairly short-lived as the market is expected to normalize reasonably soon,” CFO Carl Lukach told analysts Wednesday, according to a transcript from financial services site Sentieo.

In addition to the $1 surcharge, Noodles said it plans to raise prices on its “core items” 3.5% next week. Those combined increases mean customers will be paying about 10% more at the chain now than they did a year ago.

Noodles added the chicken surcharge a week ago and, so far, has not seen “any major shift into any other protein,” Lukach said.

“We anticipate that the back half of the year will include meaningful relief from these unprecedented cost levels as we have already seen green shoots in the non-breast chicken meat market in addition to pricing benefits from normal seasonality during the summer,” Lukach said.

In addition to soaring chicken costs, Noodles was hit with some COVID-related restaurant closures during the quarter ended March 29. Nevertheless, total revenue increased 2.7% to $112.6 million and same-store sales grew 6.4% systemwide.

Noodles reported average unit volumes for the quarter of $1.25 million, up 6.8% over a year ago.

Restaurant margins were 9.7%, down from 13.6% in 2021, due to temporary restaurant closures and a 300 basis point increase in the cost of goods sold due to inflation.