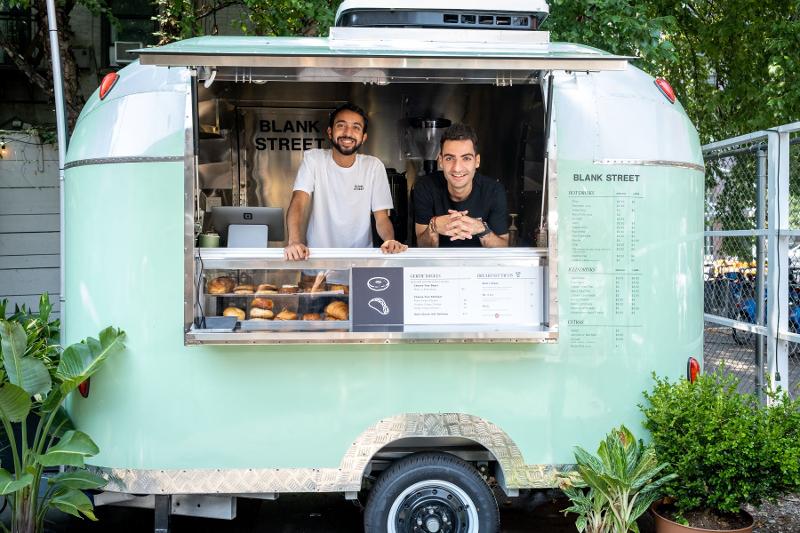 A 14-unit coffee chain that launched 14 months ago and is known for its super-small locations received a $25 million investment, according to an announcement Wednesday.

New York City-based Blank Street will use the money to fund rapid expansion, along with vendor partnerships and technological upgrades. The chain said it hopes to have 100 locations across NYC by the end of next year.

Blank Street started in August 2020 with a mobile coffee cart at the Wythe Diner in the Williamsburg neighborhood of Brooklyn. It now operates a mix of the street carts and “micro-footprint brick-and-mortar spaces” that are about a quarter of the size of a traditional cafe, the company said.

Unlike other coffee shops, Blank Street operates as a “micro-retail marketplace,” selling coffee, bagels, tacos and other items made by Brooklyn-based purveyors.

The series A investment round was led by venture capital firm General Catalyst and Tiger Global, along with strategic investors that include the founders of the Warby Parker eyewear chain.

Blank Street was founded by Vinay Menda and Issam Freiha, immigrants who moved to the U.S. to attend college.

Soon after graduation, the two founded Reshape, a $100 million venture capital fund. The two were inspired by food-retail businesses in Asia that succeeded in very small locations.

“We could take high-quality products, starting with specialty coffee, and make them more convenient and affordable through our unique approach to real estate,” Menda said in a statement. “By shrinking our location footprint, and therefore shrinking our fixed costs, we could offer specialty food and beverage at a lower price point than our competitors—and scale up much faster.”