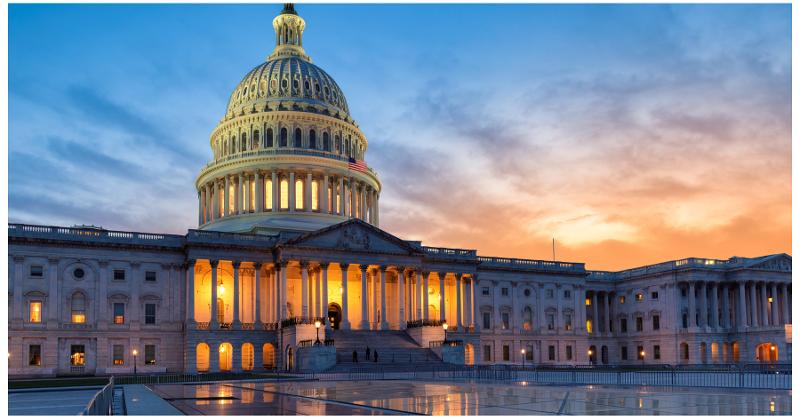 A window for resurrecting the Restaurant Revitalization Fund (RRF) slid shut on Tuesday when a provision for replenishing the industry-focused aid program was excluded from the final version of the appropriations package that will fund the federal government after Friday.

Congress was facing a March 11 deadline to appropriate more money to keep the government running. Because of the scope and focus of the various legislative measures that renew the federal budget, the occasion was seen as an opportunity to provide more money for the RRF, which ran through its initial allotment of $28.6 billion in less than three weeks.

About 177,000 would-be recipients were left empty-handed. But the program’s administrator, the U.S. Small Business administration, said the requests would be processed in the order they were received if Congress allocated more money for the fund.

The industry has mounted an intense effort since then to convince Congress that more direct aid was needed for the nation’s restaurants to survive. They noted that the initial pool had been a lifeline for operators from coast to coast.

Several of the re-up measures had bipartisan support, but many congresspeople and senators believed the industry had had its turn at the aid well, a comeback also used by the White House.

According to Beltway insiders, there was also a feeling among many lawmakers that the industry had already weathered the worst of the pandemic. Operators pleaded that they were still fighting to stay in business as deferred expenses such as rent and debt service came due.

“Today’s news that Congress is walking away from the RRF is a gut punch to the 177,000 restaurants who now have some incredibly difficult decisions ahead of them,” Sean Kennedy, EVP of public affairs for the National Restaurant Association, said in a statement. “The pandemic is over for much of the economy, but small business restaurant owners have taken two steps back with every variant.”

“Thousands of neighborhood restaurants are going to close as a result of Congressional inaction on the Restaurant Revitalization Fund," Erika Polmar, executive director of the Independent Restaurant Coalition, said in a statement. “I hear from business owners every day who are having to close their doors, and since Congress and the White House couldn’t see their way to refill the RRF, hundreds more will face the same fate in the coming weeks."

With a re-up excluded from the appropriations legislation, the industry’s options for securing additional aid have narrowed to either finding another vehicle for the reallocation or championing a newly crafted stand-alone bill.

“We will continue to pursue an all-of-the-above agenda to rebuild and advance the nation’s second-largest private employer,” Kennedy said in his statement.

Numerous re-up proposals have been floated in Congress, but none found traction. Included was a plan to allocate an additional $46 billion to the fund. a measure championed by Sen. Ben Cardin (D-Md.), chairman of the Senate Committee on Small Business & Entrepreneurship.  His proposal never made it to bill form.

“I am gravely disappointed that the omnibus spending package that will be considered this week will not include additional assistance for small business and that we are missing our best opportunity to date to extend a final relief installment to the restaurant industry,” Cardin said in a statement.

The RRF program provided grants of up to $10 million to operators of fewer than 20 restaurants. It was a component of the American Rescue Plan, the comprehensive COVID relief package that President Biden signed into law in March 2021.

Update: This version of the story includes reactions from Sen. Cardin and the Independent Restaurant Coalition.