When Cooper’s Hawk Winery & Restaurants was finally able to resume its monthly Wine Club dinners this past March, after a two-year pandemic pause, customers’ appreciation could be seen streaming down their cheeks.

“People were crying,” said Tom Koenigsberg, director of marketing for the 54-unit polished-casual chain. “It was so good to be back with people, and then also their friends, in this really terrific environment where they could share their lives with like-minded people.”

It’s a stark reminder of what restaurants and diners lost when COVID-19 shut down the world more than two years ago. It’s also a testament to the unique emotional connection guests seem to have with this Midwestern, wine-centric brand. Their eagerness to return to its restaurants last year is one reason it experienced such massive growth, despite what Koenigsberg called a “sporadic” return to normal.

Total sales at the Downers Grove, Ill.-based chain increased 32% in 2021 compared to 2019, according to Technomic’s Top 500 Chain Restaurant Report, making it one of the fastest-growing full-service chains in the country. It also opened six new locations and is reportedly exploring an initial public offering.

Koenigsberg noted that he could not confirm those sales figures, but he acknowledged that it was customers’ craving for an experience that brought them back to Cooper’s Hawk last year.

“People were starved for something more than just the food,” he said.

It’s the same reason upscale brands at large have done so well as pandemic restrictions have eased. Free to venture out after months of pandemic precautions, and with pockets full of stimulus money, people took the opportunity to get together with friends and family over a special meal. As a result, chains known as destinations for celebrations, experiences or steak had a good year.

Steakhouses were one of the biggest beneficiaries, bringing in a cumulative $12.8 billion in sales in 2021, a 4% increase over 2019, according to Technomic. ONE Group-owned STK, for instance, saw sales rise an eye-popping 50% on a two-year basis, and Texas Roadhouse’s two-year sales were up more than 23%—an impressive feat for such a large chain.

A similar pattern played out at experiential concepts like Topgolf and Bombshells. The latter, a 10-unit breastaurant chain, saw sales rise more than 47% last year despite opening zero new locations. 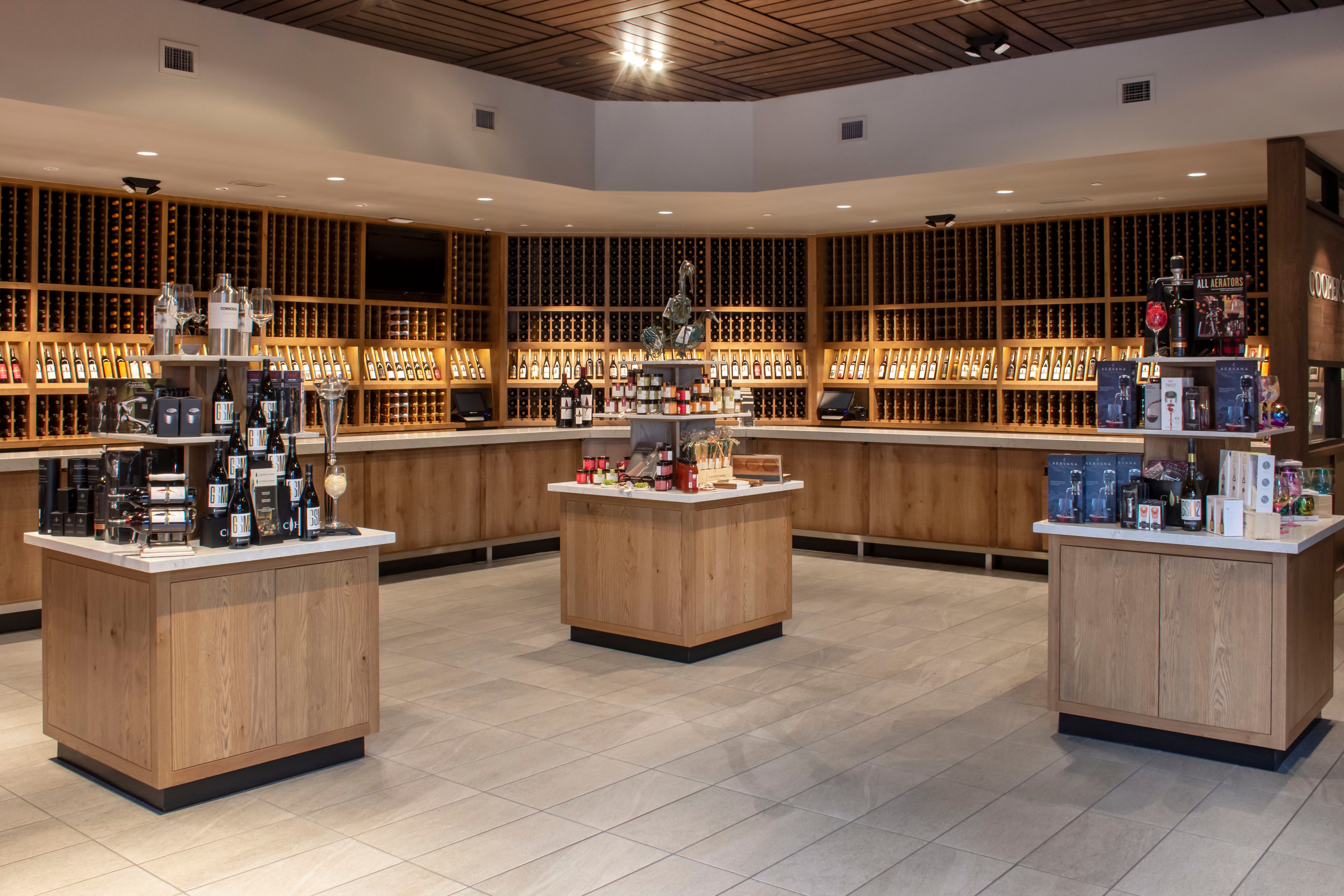 Still, the past two years have been far from a breeze for Cooper’s Hawk. Like many other operators in this segment, takeout was not part of its business before the pandemic. When its dining rooms were shut down in March 2020, the chain launched carside pickup and delivery in two weeks. That helped keep its restaurants afloat, along with the hundreds of thousands of Wine Club members who continued to pick up their monthly bottles.

Cooper’s Hawk also had to furlough staff. But it set up a program wherein remaining workers would prepare meals for their unemployed colleagues and distribute them every other day. “It was expensive, but it was the right thing to do,” Koenigsberg said.

Even as the environment improved, the chain’s dine-in business didn’t come back all at once. It waxed and waned based on COVID-19 case rates and varied from region to region. (“There were some months, frankly, where it seemed like Florida didn’t even know how to spell COVID,” Koenigsberg said.) But when conditions were right, the demand was there.

“When Cooper’s Hawk opened back up, even at 25%, it provided people an experience that is a little more aspirational than sitting at home,” he said. “I think people were looking for a little bit of an escape.”

Central to that experience is Cooper’s Hawk’s wine, made at its own winery in Woodridge, Ill.

Its restaurants offer wine tastings and pairing suggestions, and Wine Club members get special perks as well as up to three bottles of wine each month. Many pick up and even open their wine when they dine at the restaurant.

At more than 550,000 members, “we believe it’s the largest wine club in the world,” Koenigsberg said. He declined to share data on how often those members visit its restaurants, but said the group is “very loyal.” “It was part of what carried us through COVID,” he said.

Members also get access to those monthly private dinners, where they sometimes form tight bonds. At one dinner just before the pandemic, Koenigsberg was walking around the private dining room and noticed a table of people absorbed in conversation.

“You seem to be really close friends,” he observed. Yes, they said, and yet they had known each other for only a short time, having met in the same room a year earlier. “We’ve come every month since that first time,” they told him.

“These were close friends and they hadn’t missed a month,” Koenigsberg said. “When those [connections] go away and then they’re restored, it’s really emotional.” 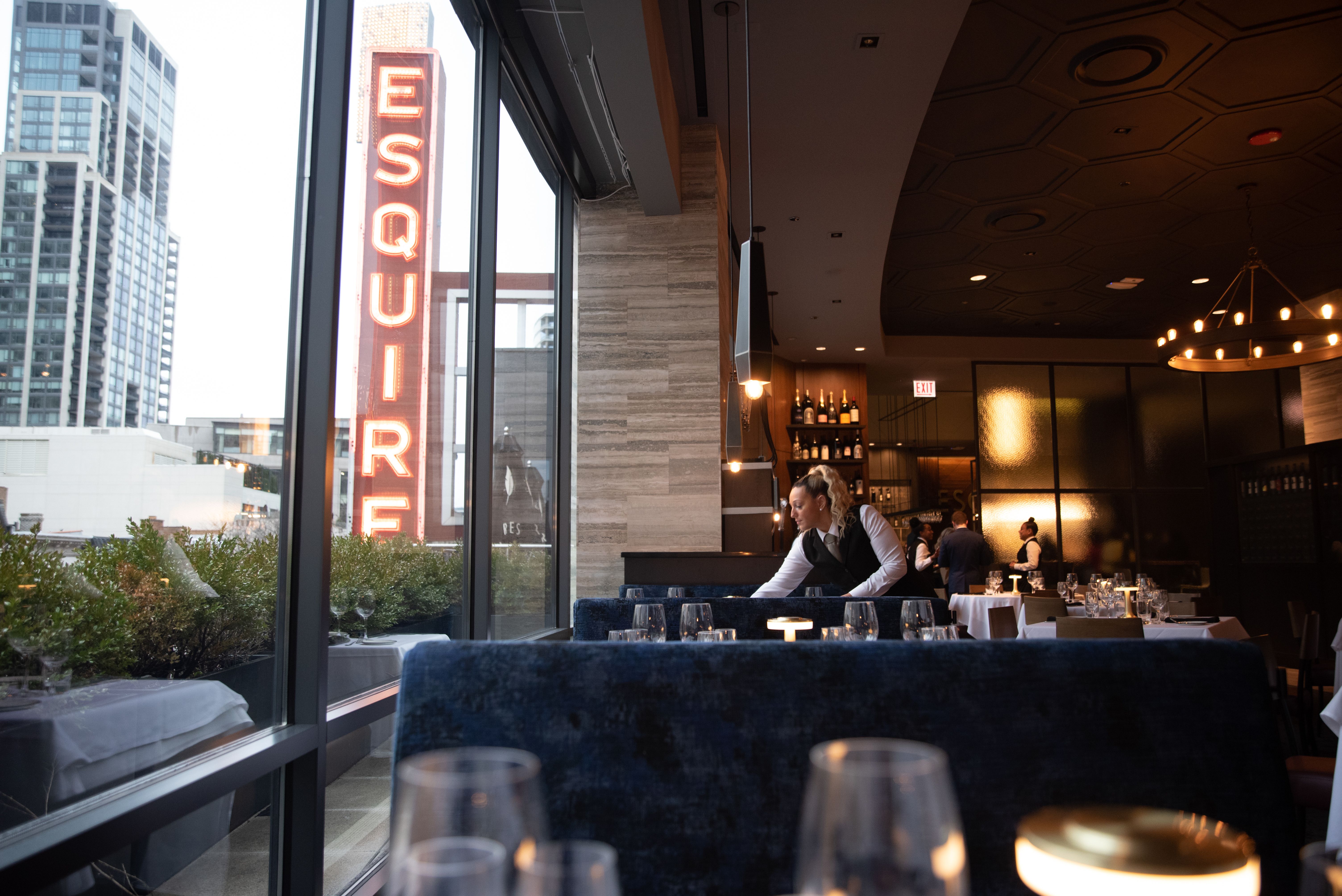 The newly opened Esquire by Cooper's Hawk is a more upscale version of the core brand. / Photograph courtesy of Cooper's Hawk

As it grows, Cooper’s Hawk has parlayed this loyalty into new concepts that give guests more experiences to choose from. Esquire by Cooper’s Hawk, a new restaurant in downtown Chicago, is more upscale than the core brand, with a larger wine list and a menu augmented by high-profile visiting chefs like Tom Colicchio.

The response so far has been “tremendous,” Koenigsberg said. Club members have traveled from all over the country to check out the restaurant, and with the National Restaurant Association Show in town last weekend, “sales were incredible.”

“You have now three different dining experiences you can have in the Cooper’s Hawk wine member ecosystem,” Koenigsberg said. “And there will be more.”

Coming out of the pandemic, it has become almost conventional wisdom that offering a capital-E Experience is the key to getting people back to restaurants. At the same time, high-touch hospitality is facing a lot of headwinds. More customers are ordering their food to go, for instance, and many restaurants are trying to offer the same level of service with fewer workers.

Cooper’s Hawk is tackling the first problem by backing off a bit on takeout. “We don’t have designs on making that a special experience other than providing the convenience,” Koenigsberg said. Meanwhile, it has ditched delivery altogether. “It’s at the ready, but it’s difficult to deliver an experience, and it’s also a tough margin play.”

As for labor, Koenigsberg said the chain’s staffing levels are good, and it was able to retain some of its best workers through the pandemic. The challenging part is training new employees to offer the kind of hospitality Cooper’s Hawk is known for.

To help solidify its training, the chain developed a new program called Table Stakes. It puts employees in the customer’s shoes, taking into account even minute details like whether both doors open when entering the restaurant. (“It’s not very welcoming when you can only open one door,” Koenigsberg said.)

“If you put yourself in the consumer experience from the moment you drive onto the lot of the restaurant, how is your experience?” he said. “Are you seeing things that are positive or negative?”