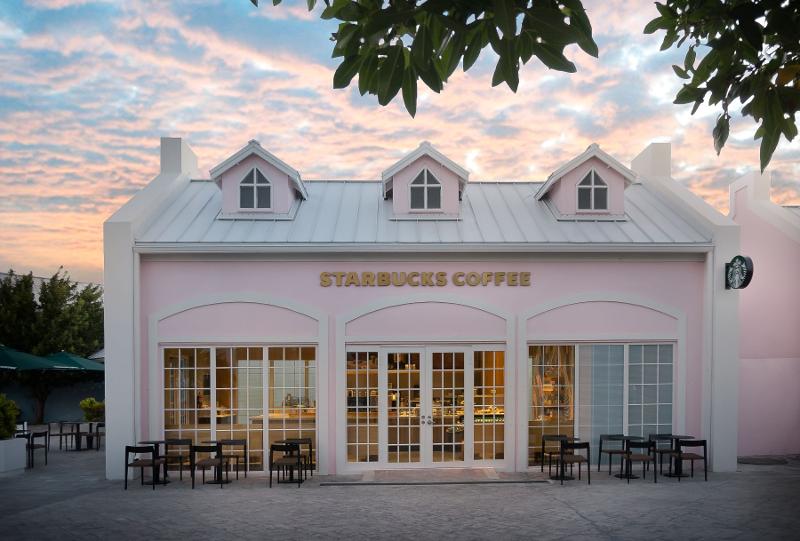 Starbucks’ most loyal customers continued flocking to the chain’s mobile order pickup stations and drive-thrus for their customized cold beverages last quarter, driving strong U.S. sales despite rising inflation and what company executives said were their own “self-induced” problems.

Same-store sales at the Seattle-based coffee giant rose 9% in the U.S. in the quarter ended July 3. That included a 1% increase in transactions, while higher prices accounted for 5% of that. The remainder came from customers ordering more expensive items or adding things like food or more customized options.

Customers are coming back more in the mornings and sales in urban markets are improving, even if they haven’t fully returned to pre-pandemic habits. Either way, executives said, the economy isn’t having any impact on the company’s customers.

“We are not currently seeing any measurable reduction in customer spending or any evidence customers are trading down,” Starbucks Interim CEO Howard Schultz said on the company’s fiscal third-quarter earnings call on Tuesday.

This isn’t keeping the company from pushing potentially major changes to its operations to address problems that led Schultz to replace former CEO Kevin Johnson back in March—temporarily, the company insists.

Since he returned to the company earlier this year, “We’ve been able to pinpoint the source of each of the issues and challenges confronting the company upon my return,” Schultz said. “Some are definitely COVID-related. Some were a function of not focusing on the long term and, unfortunately, many were self-induced.”

Schultz, who says he was “immersed” in every aspect of the company since he returned, organized workers around the country to develop strategies that could lead to major changes in how the chain operates its cafes.

Starbucks’ Chief Strategy Officer Frank Britt provided some hints about the strategies on Tuesday, including new equipment and potentially new store designs to improve efficiency. The company also plans changes in its relationships with employees, whom it calls “partners,” including better training, safety and improved visibility on potential career paths.

Those changes are coming as Starbucks continues to fend off a unionization bid at a growing number of its locations. More than 200 Starbucks cafes have voted to form a union, the most notable inroads organized labor has ever made into a major restaurant chain.

Schultz has argued that high demand for Starbucks’ products has led to many of the challenges and he continued that argument Tuesday, saying that the company’s performance “was masking significant underlying issues” including “store designs that were ill-suited to the evolving customer behavior and traffic patterns” post-COVID.

Executives on Tuesday said that the performance last quarter helped bolster their argument that there is strong demand for the company’s products.

Schultz noted that three-quarters of Starbucks’ beverage sales now come from cold beverages in the U.S., which customers modify frequently, often increasing their spending in the process.

Those customers are younger Gen Z consumers who take pictures or videos of their beverages and post them to social media. “That is a Gen Z product,” he said. “We have never been, in our history, more relevant than we are today to Gen Z.”

The company’s Starbucks Rewards loyalty program certainly played a major role. There are now 27.4 million members of Starbucks Rewards, up 13% over the same period a year ago. They accounted for a record 53% of sales at company-operated locations.

Loyalty members, CFO Rachel Ruggeri said, are paying higher prices, buying more premium beverages and personalizing their orders more. And they’re ordering more food. “We’re seeing an increasing engagement from our Rewards customers,” she said. “And we think that has a benefit for us over the longer term, particularly as we continue to personalize the experience so we can have a deeper relationship with the customer.”

The company is now working on a new “Web3” initiative to increase those members’ engagement with the company, including a broader set of rewards and experiences. So Starbucks’ loyal customers can even earn points in the metaverse.