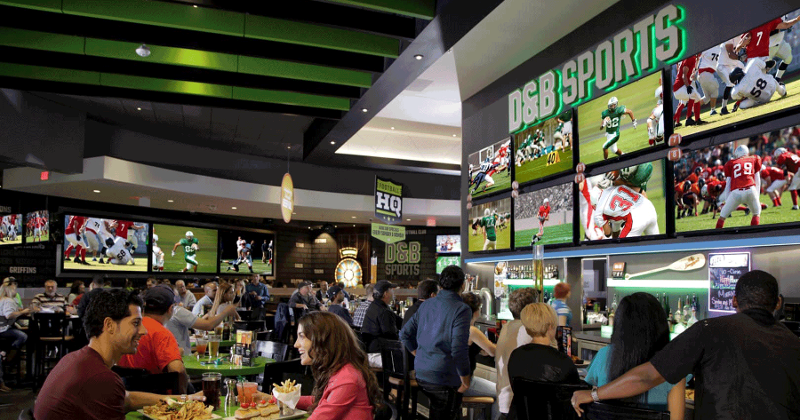 The future is looking slightly less bleak for Dave & Buster’s as the food-and-games chain continues to reopen some locations amid the pandemic, according to a business update provided by the company Wednesday.

Same-store sales declined 62% in September, up from the chain’s 87% decline during the second quarter and 75% fall in August. Dave & Buster's stock price climbed more than 7% by mid-day Wednesday on the news.

Dallas-based Dave & Buster’s has opened one new store and has reopened 98 of the company’s 136 stores, about 72%, as of earlier this month. At the end of August, the chain had 84 open units. It has previously said it will likely be December before all locations are operational.

“The progress we’ve made re-opening stores and driving sales recovery demonstrates the enduring strength of the Dave & Buster’s brand and the loyalty of our guests across the country,” CEO Brian Jenkins said in a statement. “We remain optimistic that we will emerge from this challenge in a stronger competitive position.”

The chain received rent deferral commitments at 125 of its 137 properties, with most ending in June but some partial deferrals continuing into this month, the company reported.

The chain, like many in the eatertainment sector, has struggled to find its footing during the coronavirus crisis.

Last month, Dave & Buster’s stock dipped on media reports that raised the threat of possible bankruptcy before rebounding on analyst reassurance of the chain’s future prospects.

The chain filed its plans to lay off more than 1,300 workers at units in seven states last month.