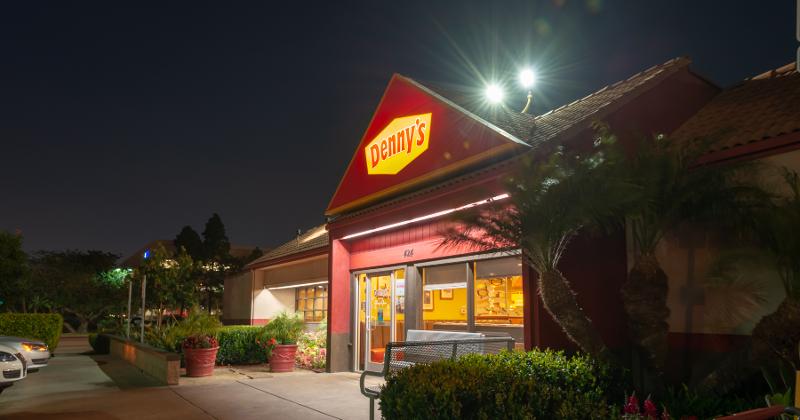 Denny's is putting new equipment in its kitchens chainwide with the goal of improving its efficiency and its food.

The new equipment package will also allow the diner chain to elevate its dinner menu.

Three-fourths of Denny's 1,647 restaurants have installed the new package. The company invested $65 million between the equipment and a new cloud-based technology platform, including $10 million to cover costs and installation for franchisees.

"Surprisingly, our franchisees have been very enthusiastic about the project," Miller said, particularly as it relates to dinner.

"The part of preparing for dinner has been the launch of these ovens," he said. "But to do dinner items that you don't cook to order, which would be a big change for a normal breakfast or grill cook, you have to have hot holding equipment with that. You have to have different refrigeration on the line. You have to have a training program that supports it."

The equipment will allow Denny's to offer new items—for example, biscuits and dinner rolls. But Miller said the chain will take a disciplined approach to rollouts. "The menu can only be so big," he said.

And it has generated labor and cost savings, especially during busy shifts.

Denny's is still working to hire enough staff at all of its restaurants to get them back to 24/7 service. About 45% of its stores are open around the clock, and those stores saw a same-store sales increase of about 11% on a two-year basis in the third quarter. At locations with limited hours, on the other hand, same-store sales fell about 9%.

"We do see momentum in staffing, but we do see this playing out over a few more quarters rather than something happening just overnight in the next few weeks," Miller said. Its biggest staffing challenges are isolated to certain areas, he said, including the Midwest, Pennsylvania and the Pacific Northwest.

Denny's outlook for the rest of the year reflects its ongoing labor issues: Executives predicted a full-year same-store sales decline of 5% compared to 2019. That implies fourth quarter comparable sales of somewhere between flat and up 3%, said CFO Robert Verostek.