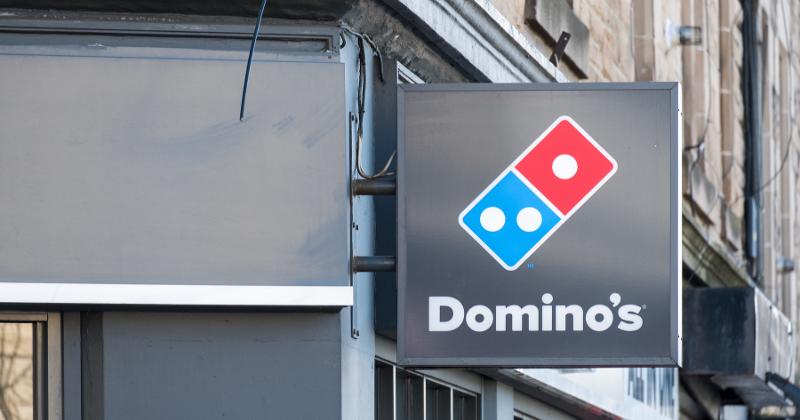 Domino’s Pizza painted a bleak picture of its labor challenges on Tuesday, suggesting that it has been struggling to find enough drivers to meet demand for the chain’s products, driving up the company’s costs and prompting an increase in the price of its longest-running value offer.

Ritch Allison, outgoing CEO of the Ann Arbor, Mich.-based pizza chain, said that the company was hit with a “shock” to its labor in late December when the omicron variant led to a dramatic increase in the number of callouts.

“We saw a significant shock from omicron, resulting in lots of callouts, team members at home, more operating impact,” Allison told analysts on Tuesday. He said that there has been “some stabilization” in February, with an improvement in delivery times and the number of applications received into its stores. But he said the problem was “a big shock in late December and during the month of January.”

That impact prompted the company to provide a rare discussion of current results. He noted that the labor constraints, “particularly among drivers,” combined with the absence of government stimulus “have created a challenging backdrop to date for U.S. sales” in the first quarter.

Higher costs because of labor as well as commodities—the company expects its food costs to increase 8% to 10% this year—have led Domino’s to increase the cost of one of its primary value offers, its $5.99 “Mix and Match” offer. Delivery customers will start paying $6.99 for the offer, while carryout customers will continue paying the old price.

The company added some products to the order, including 32-piece Parmesan bread bites, six-piece chicken wings and three-piece chocolate lava cakes. The price hike represents the first major change to the offer since it debuted in 2009.

Domino’s will keep its $5.99 price point for carryout customers, where costs are lower because the items aren’t delivered to customers’ homes and where price remains vital.

Yet the move comes just weeks after the chain made its $7.99 carryout offer online-only. In the process, the company now has three value price points: A $5.99 price point for carryout customers, where Domino’s wants to be aggressive in courting yet; a $6.99 offer for delivery customers; and a $7.99 offer for carryout online orders, where average check is generally higher.

Still, the labor challenge remains the most acute. The pizza chain has been combating labor availability issues since last fall, when they contributed to the chain’s first quarterly same-store sales decline in a decade in the third quarter. Same-store sales in the fourth quarter rose 1%, the company said. But executives also detailed a wide gap between delivery and carryout performance—and performance between fully-staffed and short-staffed restaurants.

But staffing was the biggest problem. Same-store sales in the top 20% of the chain’s U.S. locations, which are “close to fully staffed,” averaged 6% same-store sales in the fourth quarter. The bottom 20%, which Allison said had the most labor problems, were down by nearly 7%—a 13-percentage-point gap.

As such, the company says that a lack of drivers is causing problems with its delivery business that is hurting overall performance.

“We continue to believe that consumer demand for Domino’s remains very strong across the country,” Allison said. “It is our current capacity to serve that strong demand that we believe presents one of our largest near-term challenges.”

To address the labor challenges, Domino’s has been pushing to take more tasks away from drivers. For instance, the company is now prefolding its pizza boxes, which the company says saves 30 to 40 hours per store, per week in labor. “The objective of this initiative is to keep drivers in their cars and on the road while working as much as possible,” Allison said.

Stores have raised wages, and the company has started advertising its job openings more aggressively. Domino’s also has an applicant tracking system to make it easier for candidates to apply and be onboarded at the chain’s locations.

Allison said the company is “conducting a full assessment of the driver labor market” to determine what can be done to relieve constraints on the business.

While some of the acute issues keeping workers out of stores have eased as omicron has diminished, Domino’s is still facing “structural challenges” that began with the outset of COVID. “We still saw during the fourth quarter, and still feel today, that underlying impact of some of the structural shifts in the labor market,” Allison said. “And that’s a big part of what we and our franchisees are focused on going forward.”