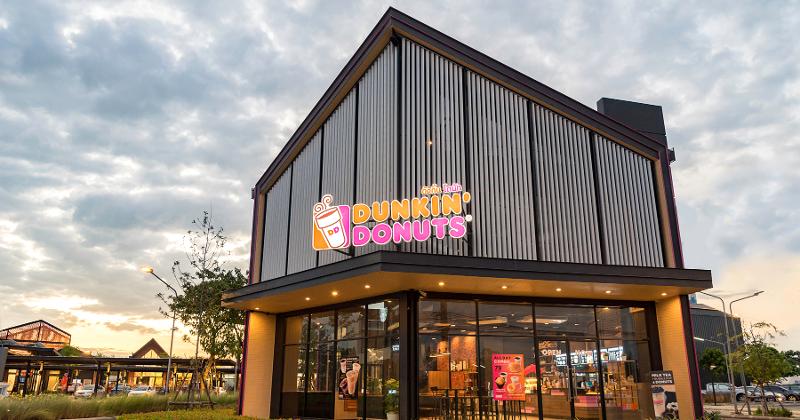 Dunkin’ could close as many as 800 U.S. locations this year, and another 350 internationally, as part of a global effort to reassess its real estate portfolio and shed locations that don’t fit with the company’s long-term plan.

The company revealed the possible closures Thursday, saying that it is working with operators to close the locations.

CEO Dave Hoffmann said the closures would be concentrated on “off-strategy locations” that typically have “low average weekly sales.”

The 800 U.S. restaurants slated for closure includes 450 restaurants inside of Speedway locations Dunkin’ previously said were slated to close.

“Since this management took over, we have been focused on quality over quantity,” Hoffmann said. He said that as the company looked at its future strategy, “these locations weren’t part of that future. They were unprofitable for franchisees. We felt like it was the right management move.”

CFO Kate Jaspon said on Thursday that if all 800 U.S. restaurants were to close, that would represent 8% of the domestic store base, but just 2% of system sales. On average, she said, the restaurants the company wants to close generate a quarter of the system’s average weekly sales and have lower profit margins.

The stores are “well below average for sales and profitability,” Jaspon said. “Closing these restaurants will enable [franchisees] to do greater investment in the brand.”

Dunkin’ operates nearly 9,600 U.S. locations, and more than 13,000 globally. Its U.S. operators have already been closing some restaurants—franchisees closed 40 more restaurants than they opened during the second quarter ended June 27. That includes 10 Speedway restaurants.

The chain’s U.S. same-store sales declined nearly 19% in the quarter, but executives said that those results improved through the quarter.

Currently, they said, about 4% of domestic locations are still temporarily closed, including 70 traditional restaurants and 300 that are primarily in transportation hubs and on college campuses.

As the locations closed, executives said they took the opportunity to assess its real estate portfolio and look at weaker locations.

It is working to convince operators of restaurants that cannot be remodeled in its new design or can’t be moved to a more higher traffic area.

Most of the closings, Jaspon said, are expected to take place this year. “The closures position us and our franchisees for more profitable future growth,” she said.

Hoffmann described the closures as a “good scrubbing of the portfolio” to weed out unprofitable locations that don’t fit with the company’s long-term plan.

Nor does the effort represent a shift out of its traditional urban markets. Those locations have more likely struggled during the pandemic, in part because they’ve been in hard-hit areas and rely on consumers walking in the door.

In contrast, its newer Midwest drive-thru units have performed better and saw positive sales at the end of the quarter as consumers opted for low-contact service.

But Hoffmann said that the company is not going away from its urban locations. “There’s a great place for us in urban markets,” he said. “As the economy opens up, they have performed well for us.”