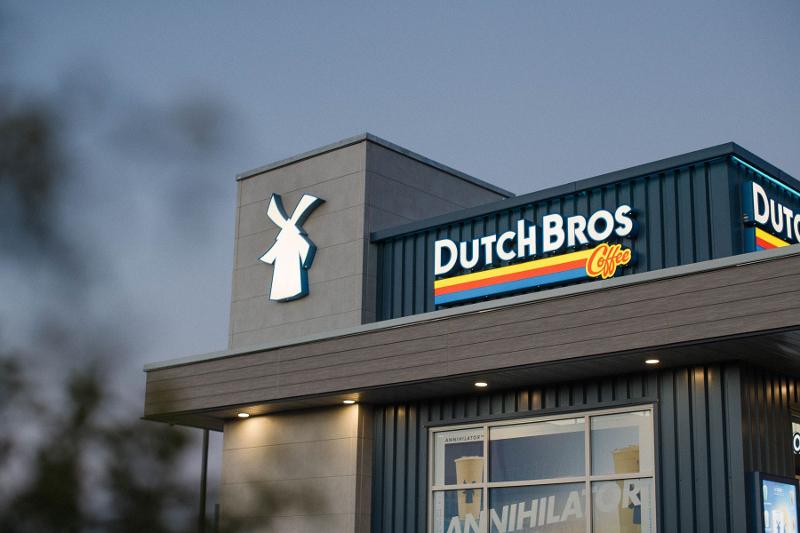 Dutch Bros priced its shares at $23 on Tuesday, a higher-than-expected result that helped the coffee chain raise $484 million in its initial public offering.

The share price was well above the $18 to $20 per share that the Grants Pass, Ore.-based chain expected to raise in its IPO, the second in the restaurant industry this year. The higher price suggests strong demand for the stock, which bodes well as the company’s shares begin trading publicly on the Nasdaq Wednesday.

Dutch Bros will trade under the ticker symbol BROS.

The share price gives it a valuation of $3.8 billion.

The stock soared in early trading on Wednesday, rising to nearly $40 a share. The stock was up 66% through early afternoon trading.

The drive-thru coffee chain has been considered a potentially popular consumer stock offering this month—at a time when a number of other companies, such as the retail eyewear chain Warby Parker—are also going public.

The company, founded in 1992, operates 471 shops in 11 states, more than half of which are operated by franchisees. But the company shifted its focus in 2017 to company locations. For more than a decade, however, all locations have been operated by employees who rise through the system to earn their way to their own location.

The company’s average unit volume increased 3% to $1.7 million last year despite the pandemic’s impact on commuting patterns. Revenues rose 37% to $327 million last year, while adjusted EBITDA, or earnings before interest, taxes, depreciation and amortization, was $70 million, up 43%.

Dutch Bros is the second IPO this year following the July offering of Krispy Kreme. First Watch has also filed for an IPO while the chains Sweetgreen and Portillo’s have also privately filed.