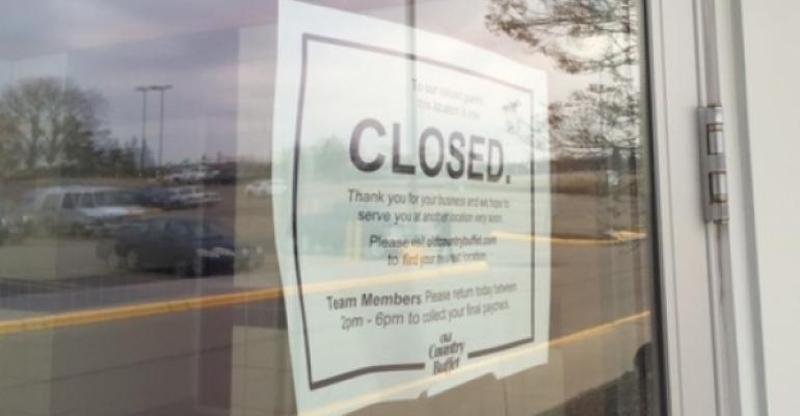 It might be premature to say that the buffet is dead, but it seems likely to go into a coma for a while.

The coronavirus could well change the buffet concept as we know it, forcing a different service style or eliminating buffets altogether. Reopening regulations and consumer skittishness could force changes in the subsector that had been in decline for some time.

To be sure, all restaurants are going to reopen to a vastly different environment in the coming months, and it’s likely the environment will be quite different for some time—at least until there is a vaccine.

Yet buffets might be in a bind for a while. Federal recommendations on reopening restaurants note that they should discontinue self-service operations. That means those self-service drink stations at many fast-food restaurants will be gone for the time being.

The guidelines also mention buffets that use “common utensils or dispensers.”

That goes right to the basic model of the buffet concept, which is based on the idea of allowing consumers to get an endless supply of food whenever they’ve emptied their plates. Addressing federal recommendations would require a vastly different model than the one they’ve employed.

“The social distancing as it relates to buffets is a challenge,” said Roslyn Stone, chief operating officer for Zero Hour Health, which helps restaurant operators with food safety and health issues.

For broad-menu buffet concepts, the shutdown may well speed a complete shift away from that style of service that has been happening gradually for years.

That makes Golden Corral’s performance fairly impressive. Sales last year increased 0.8%, though unit count declined 1.2%, according to Technomic. It’s the largest player in that category, however, so it makes the numbers look even better than they are.

Competing chains Souplantation and Sweet Tomatoes have been through a bankruptcy filing, and the parent company of Old Country Buffet and HomeTown Buffet has been through multiple such filings.

Pizza buffet concepts, on the other hand, have performed better. Pizza Inn’s sales rose 1.8% last year, while Iowa-based Pizza Ranch’s sales increased 7.3%. But Cicis sales declined 1.4%. Those concepts might have an easier adjustment to the new reality.

Those chains could probably shift to a different service model more easily, and they can push takeout and delivery sales more aggressively.

Pizza Inn late last month instituted what it called a contactless buffet to-go option, offering a combination of pizzas, appetizers and desserts at three price points. The company said its sales jumped 17% in the week after the option was introduced.

Yet broad-menu buffet chains have generally struggled to adapt to the coronavirus environment.

As the virus spread in early March, Golden Corral added safeguards to its buffets. When states shut dining rooms, it shifted to takeout only. By the end of the month, its company stores were closed altogether.

Similarly, many other buffet concepts shut their doors, including Sweet Tomatoes, HomeTown Buffet, Old Country Buffet and others. Not all closed, to be sure: Sizzler is still operating with a takeout menu, for instance.

All restaurants burn through cash when they are closed. Takeout can reduce that cash-burn rate, but even with recent increases, traditional dine-in concepts are not making up for those lost sales.

Ultimately, all restaurants are hoping they can make it to the day when they can reopen dining rooms and customers return.

Broad-menu buffet concepts now face a longer timeline for that reopening. And many of them already had financial problems and limited options from potential investors from the get-go. Add it all together, and this might well be the end for a massive portion of the broad-menu buffet business.